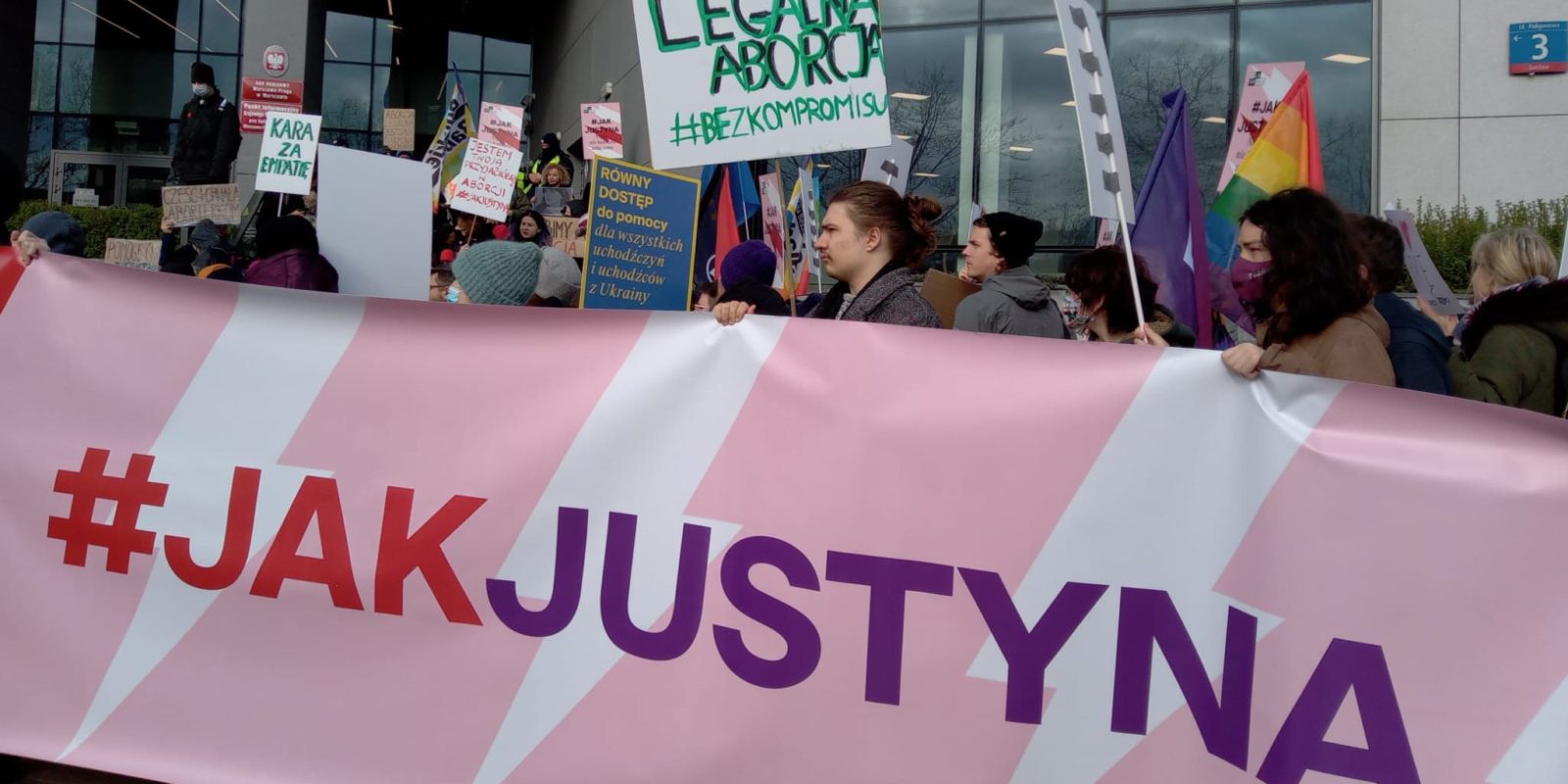 The Abortion Dream Team campaigns for the freedom of Justyna Wydrzyńska in a courtcase against her for providing abortion pills.

In April 2022, the first case in Europe of an activist being charged with aiding an abortion started. Justyna Wydrzyńska, a 47-year-old from a small town in the central Poland and part of the Polish activist collective Abortion Dream Team faces 3 years in prison. She provided abortion pills to a victim of domestic violence. The Abortion Dream Team started a campaign to try and build a strong popular public support and reduce political pressure to convict her. #JakJustyna, because no one should be scared to help a person in need!

At the other side of the courtroom, ADT and Justyna are not only faces by Ziobra, the prosecutor’s office politicized by the right-wing minister of justice, but also Ordo Iuris, an ultra-conservative Polish Catholic organisation and think tank, associated with groups such as “Tradicao, Familia e Propriedade” and the Kremlin oligarchs. The courtcase is higly politicized and examplary of the current abortion climate in Poland.

With their campaign, the ADT wants to stop the intimidation of Polish women by implying that their abortions will lead them to legal consequences. They want to standardize not only the right to abortion, but abortion itself. Together with the Centrum Praw Kobiet (a centrum for women’s rights) and the Balans Czerni publishing house, they organize a vast range of actions on different scales. From asking public figures to speak out for abortion, to organizing demonstations in court and at ambassies abroad, international networking, postering and flyering in the city, creating websites to spread information and a media campaign.