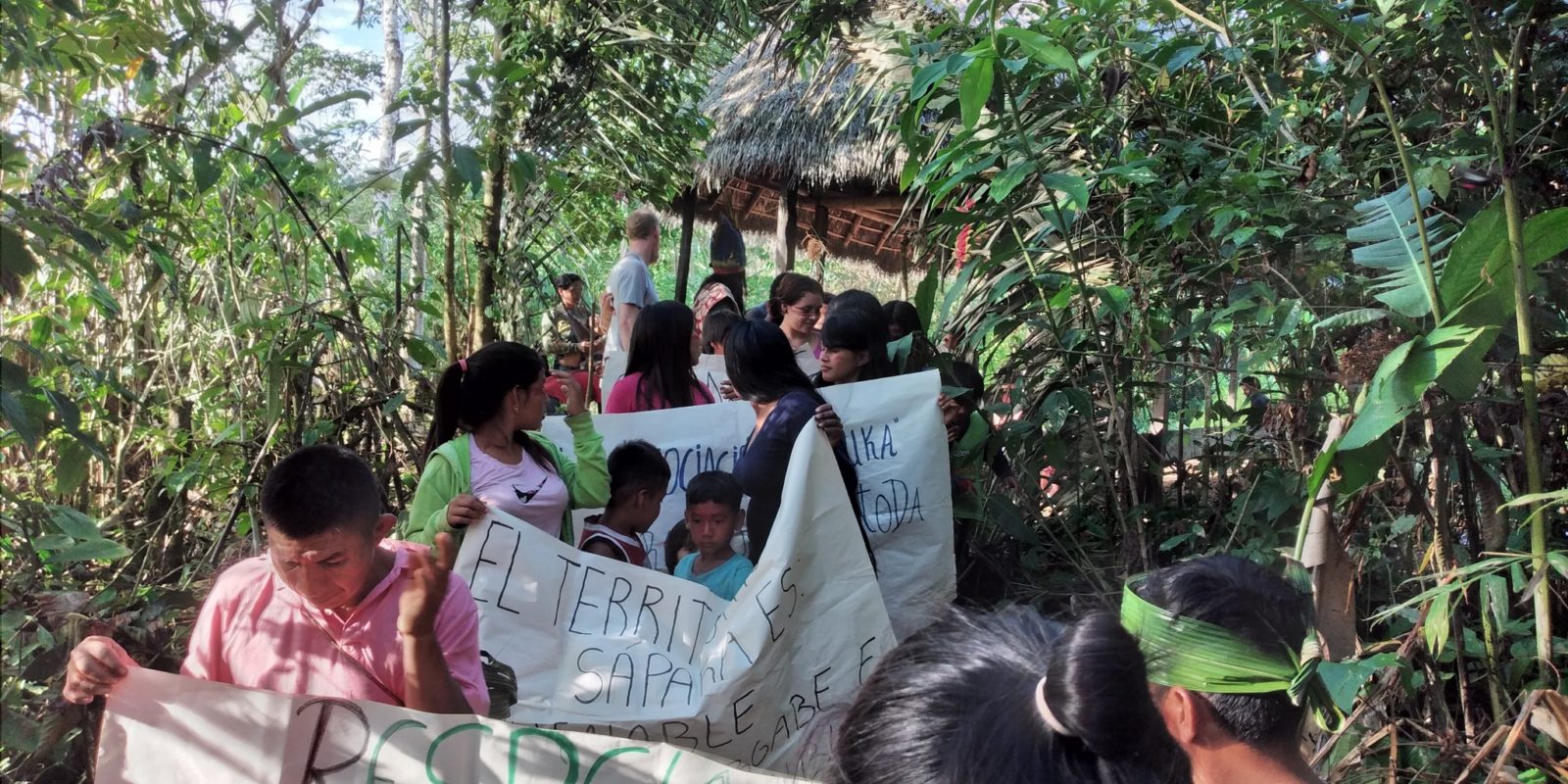 Indigenous nation against the unrightful expropriation of their ancestral lands

ACTION • The Sápara nation keeps out oil exploitation and polution!

With the support of Het Actiefonds, the Sápara nation took action against another threat against their ancestral territory and claimed back their land to protect it from exploitation.

The Sápara nation are autonomous indigenous people native to the Amazon forest of Ecuador, with a rightful territory of 376.300 hectares. But as with many indigenous people and their communities, as the Amazon forest itself, their existence is threatened by capitalist and political interests of external parties. The Sápara nation takes action against these conflicting interests and is strictly against the natural exploitation of their territory, and with success!

The Sápara nation has been threatened for decades. Within one century, their population shrank from 20.000 to only 1500 because of the consequences of rubber plantations and the slavery that they involved. Because of the presence of several oil wells and the possible exploitation of wood, the nation has to defend the forest and its territory against companies and politicians with conflicting interests until this day. As earlier this year, when the ministry of agriculture decided to give away 70% of the nation’s territory to a group of people that don’t carry the Sápara nationality nor share the same interest to protect the forest against pollution, extraction, and destruction. The nation that had so far been successful at keeping out oil extractors, would lose control over a large part of their ancestral territory.

Nación Sapara Del Ecuador (NASE) took action to secure the survival of their culture and community. With the support of het Actiefonds the group has been mobilizing people and taking action between the decision of the ministry in May and the court ruling against it in October this year. With success, because on the 19th of October, the court ruled that the Sápara nation can keep control over their ancestral grounds and with that reverses the decision made by the Ministry of Agriculture. We congratulate the community on their victory and are happy to have contributed to their fight for their rightful territory.

Support the project ‘ACTION • The Sápara nation keeps out oil exploitation and polution!’ and donate