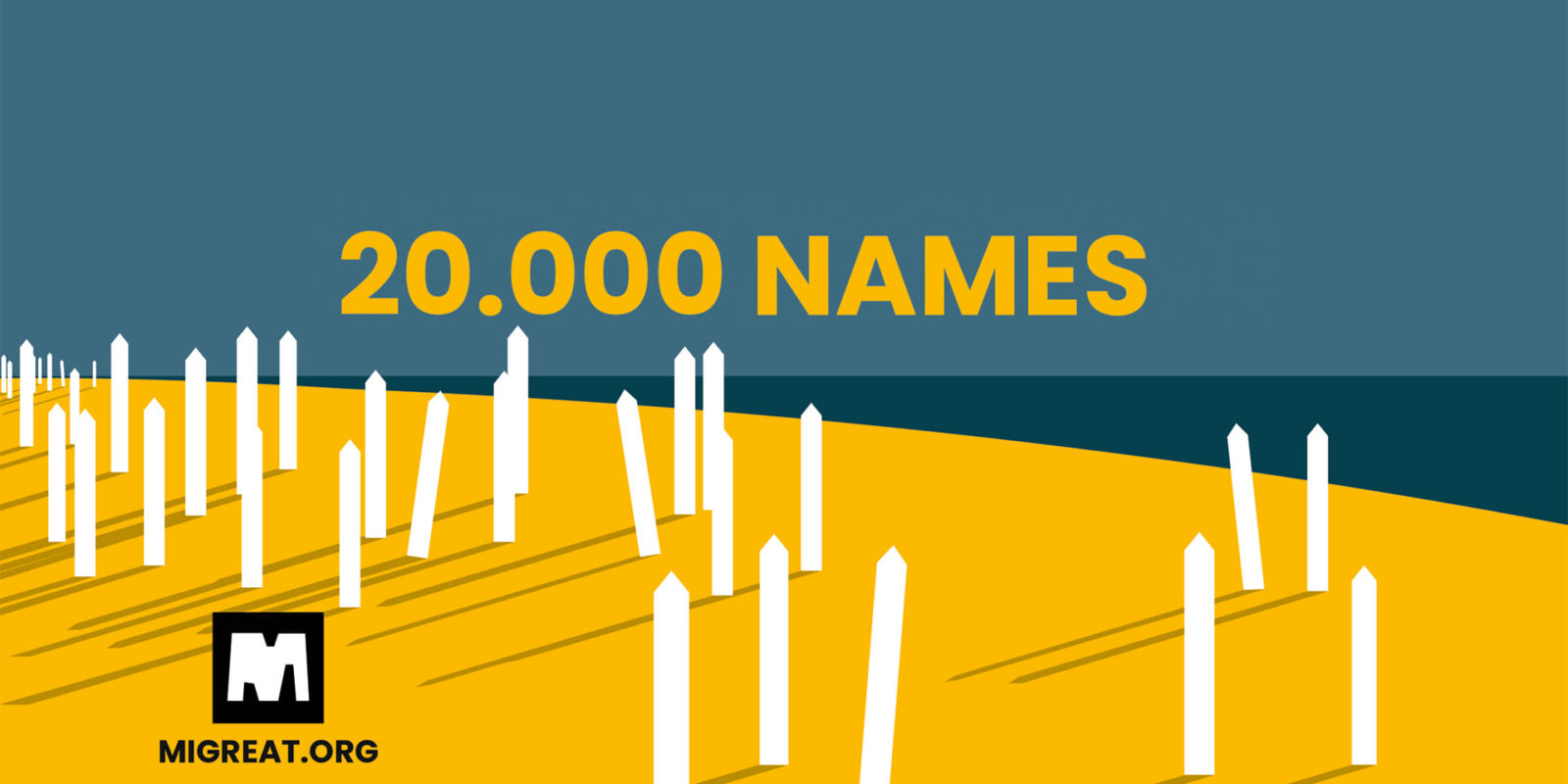 Activists of MiGreat commemorate the 20.000 victims of the EU migration policy

The MiGreat foundation brings attention to the 20.000 victims of the European migration policies during the action ‘20.000 names’.

The European borders are becoming more and more deadly. The percentage of migrants and refugees that die on their way to Europe is rising, and this is partly to blame on European policies. The MiGreat foundation asks attention for the anonymous victims of the refugee crisis and organizes the action ‘20.000 names’ from the 1st till the 28th of June.

During 20.000 names, MiGreat will organize multiple memorial services throughout the country. Activists will name the 20.000 migrants that died on the European borders within the past 6 years and on the 26th and 27th of June, there will be a big memorial service on the beach of Scheveningen, where a pop-up monument will arise with thousands of memorial crosses. You can apply for this action through this form and organize a memorial in your own town or city.

The MiGreat foundation has been fighting for a humane migration policy since 2018 and pleads for a stop to the European discouragement campaign. Violent border police, unlawful deportations, and appalling conditions in refugee camps and detention centers have contributed to the rising percentage of migrants who don’t survive their journey to Europe. By actively campaigning, organizing protests, and mobilizing activists, MiGreat has brought the deadly consequences of the European migration policy under international attention. For example, during their action ‘Lopend Vuur’, where they mobilized 5000 activists who joined a total of 60 wakes and 4 marches through the country to The Hague, or the refugee camps that got built for 24 hours in different European cities to bring attention to the devastating fire in camp Moria.

Het Actiefonds supports MiGreat, you as well? Apply through the form, let your friends know you are coming to the pop-up monument on 26 and the 27th of June, or make a donation through our website.