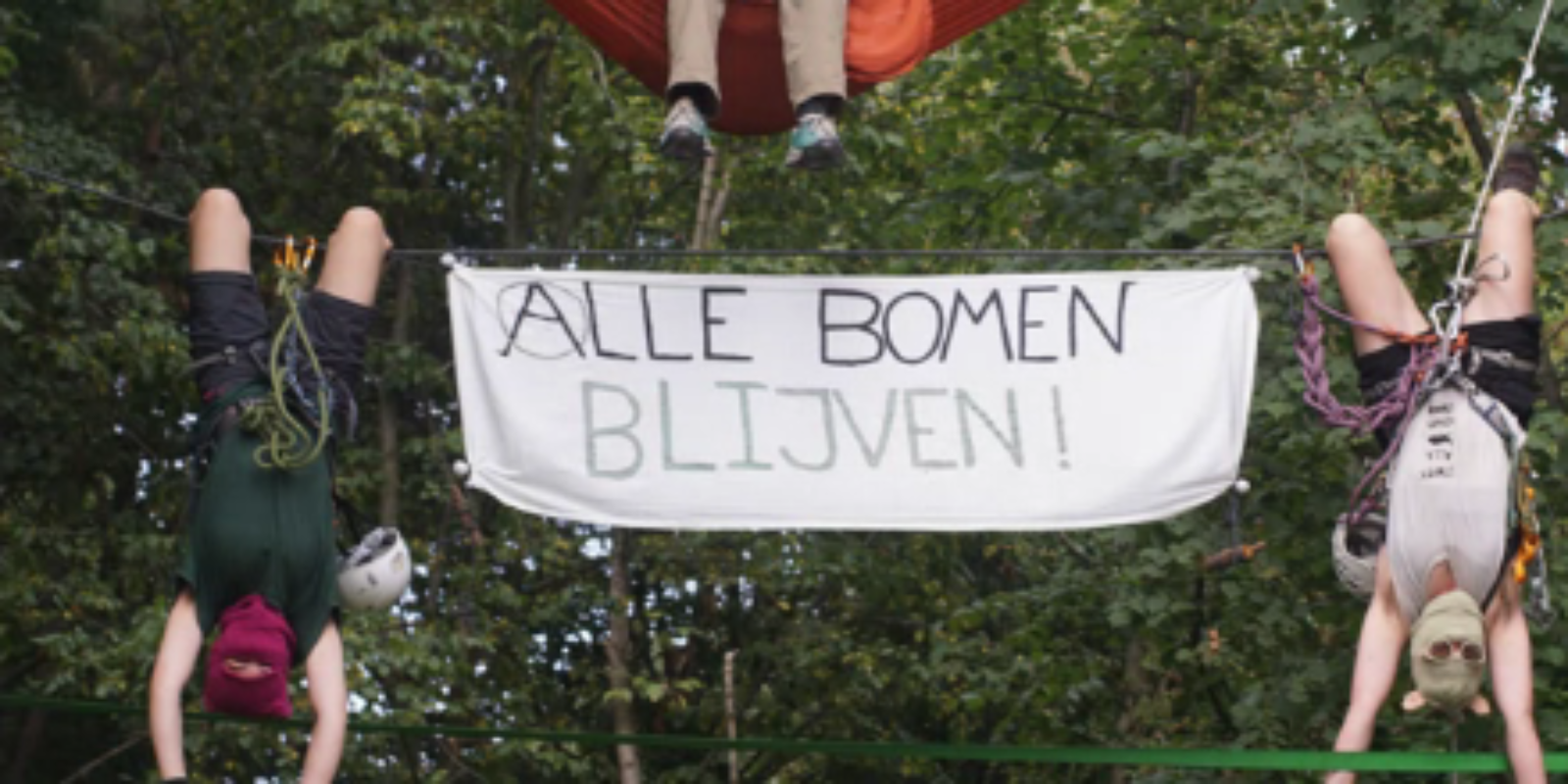 Climb for the climate!

Everywhere in the Netherlands and Europe, old forests have to make way for the expansion of industrial areas and highways. A glaring example was the Sterrebos in Limburg, which was cut down this februari to allow the VDL Nedcar car factory to expand. After weeks of protest, the trees ultimately hit the ground.

Activists abroad often use forest occupations as a last resort when other campaigns have failed. For example, the Hambach forest has been the scene of a battle between climate activists and energy company RWE’s lignite mine for years. France’s various ZADs, most notably Notre-Dame-des-Landes, also show how a forest occupation can be an effective action strategy, even thwarting the construction of airports.

One may wonder how long it will take until there is a LelyZAD. In the Netherlands, the occupation of the Sterrebos was the first application of forest occupation on Dutch soil. And it won’t be the last. Consider, for example, Amelisweerd, a forest in Utrecht that is in danger of disappearing to allow the A27 to be widened. On ikgadeboomin.nl, you can already sign up to be a forest protector.

Climbers 4 Climate recently organized a skillshare camp in Germany with support from Het Actiefonds. For a week, 70 forest protectors trained with climbing, building tree houses, rescue operations and hanging banners among the trees. Other practical skills were also covered, such as building composting toilets and maintaining an action kitchen.

In addition, there was plenty of room for reflection during camp. Climbing actions often still elicit macho behavior, and privilege able-bodied cis-men. Hence, climbing trainings and other workshops were held without men, and there were plenty of moments to address the reproduction of social power structures within the climate movement. In this way, the group built a sustainable and reliable climate movement that doesn’t leave you hanging.

Want to join too? Go to ikgadeboomin.nl!