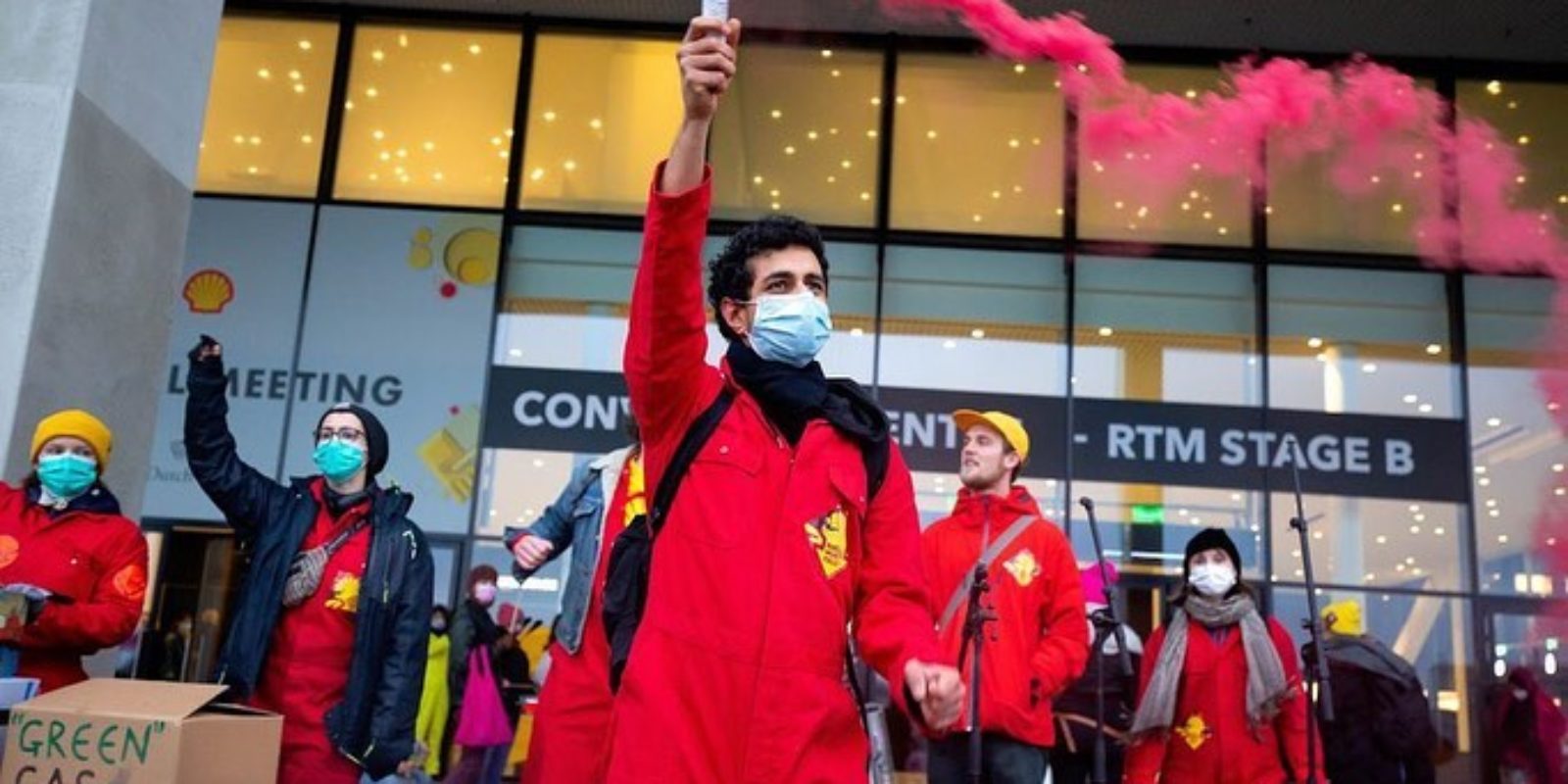 “Together we are working on our future”. The slogan of Shell’s latest greenwash campaign flaunts itself on every bus shelter and train station in the Netherlands. Meanwhile, Shell is leaving the country to escape the verdict of the Urgenda climate case, and the fossil fuel company is irreparably disturbing marine life on the coast of South Africa in the hope of locating new drilling sites.

Action
Imagine a bang between 230 and 250 decibels, as loud as the largest non-nuclear explosion in history, every ten seconds, for five months, over six thousand square kilometers. This is what Shell started doing in early December on the South African coast. With this “seismic survey,” the energy company is trying to map possible undersea gas and oil fields, so that it may open up new drilling sites.

Searching for new drilling sites in 2022 while presenting yourself as a sustainable company is already hypocritical, but the way Shell goes about it is downright evil. The shocks that the Amazon Warrior, Shell’s exploration ship, is shooting into the South African coast are so gigantic that they threaten to permanently disrupt marine life. Yet, according to Shell, there is nothing to worry about: the company has obtained all the right permits, and marine life can really take a hit or two… or a million.

You don’t have to be a marine biologist or physicist to understand that Shell’s seismic shocks will be disastrous for marine life in South Africa. The coast is known as a transit location for many species, including whales: famously social animals that communicate and move through echolocation. Many studies have already shown that seismic shocks have a profound effect on the survival of these species. Some whale species fall silent, while others try to scream above the bangs. Mating rituals are disrupted by the constant blasting of the Amazone Warrior, and finding the way to the next resting place also proves to be a lot more difficult.

Whales are by no means the only animals that can’t stand the seismic shocks. Fish and squid eggs from several species do not survive the bangs, putting pressure on the entire marine ecosystem. Some of these fish have long been endangered species, but Shell is blatantly flouting animal protection.

As if that weren’t enough, many fish species avoid the coast to stay away from the noise. David Russel, a Namibian-based fisheries consultant who has been following Shell’s operations for years, noted as early as 2012 how seismic shocks were driving fish away from the Namibian coast, causing serious economic damage to Namibia’s tuna fishery. Shell had not involved the fishermen in the decision-making process, just as the South African fishery did not learn of Shell’s plans until early November.

At the beginning of this month, a coalition of human rights and climate organizations therefore filed an emergency lawsuit against Shell in South Africa. However, the judge decided that the risk of permanent damage to the ecosystem was ‘at best speculative’, and that it would be especially harmful for Shell to suddenly have to cease its activities. A new hearing will take place on December 17, but given that the same judge will rule on the case, it looks like Shell will be able to continue undisturbed.

According to Shell, nothing is wrong: it has obtained all the right permits, and marine life should be able to withstand a bump or a million

In addition, The Action Fund also supported the #MoveShell action of Shell Must Fall. This Dutch collective disrupted Shell’s last shareholders meeting in the Netherlands with a demonstration. Shell is in fact moving to Britain to avoid the Urgenda verdict, in order to continue destroying the planet without burden. But as Shell Must Fall’s banner puts it: “You can’t run and you can’t hide from climate  justice”.