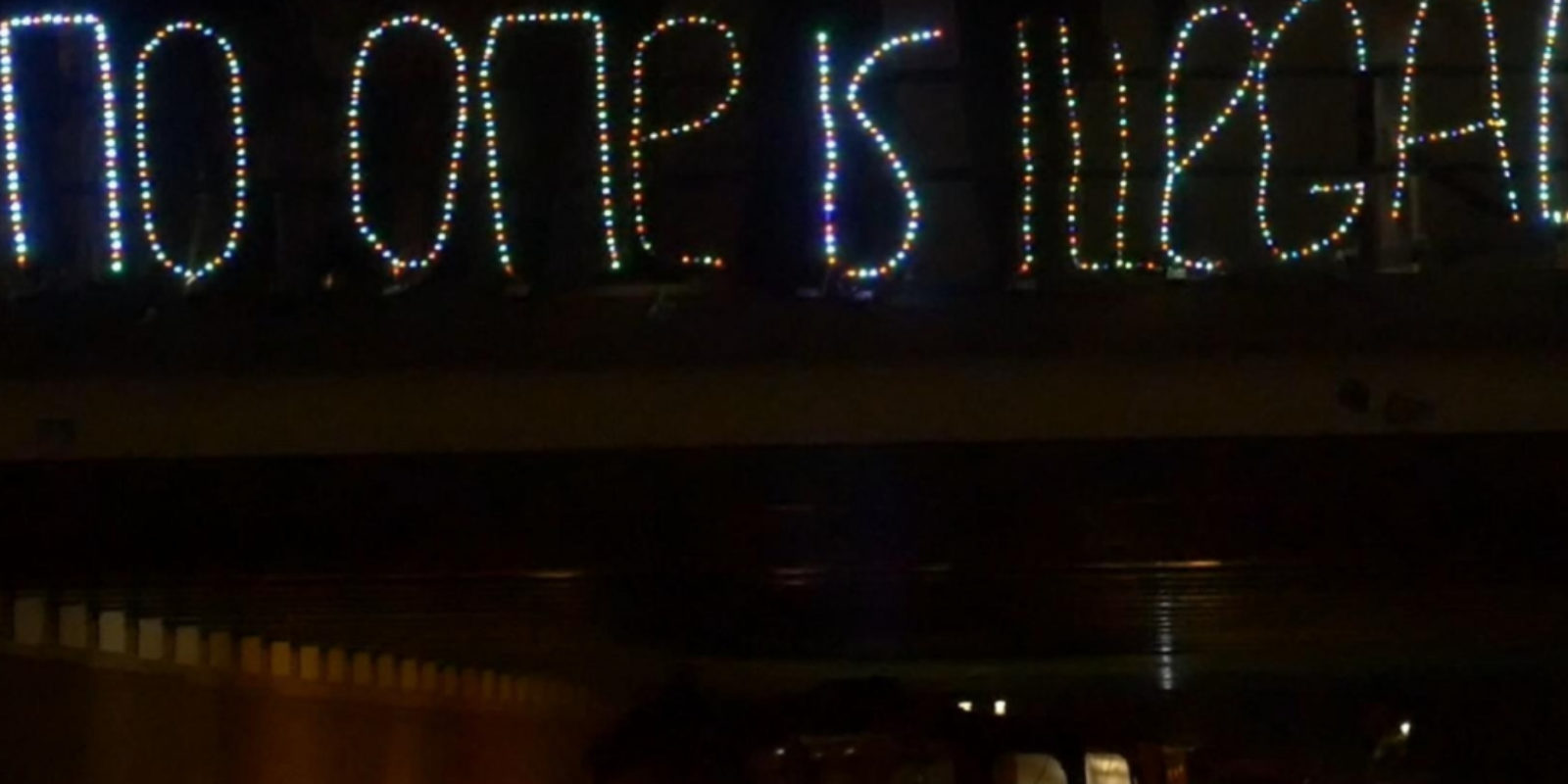 Watch The Med demonstrates against Europe’s racist and deadly border policies during the Amsterdam Light Festival.

As Amsterdam enjoys the annual Amsterdam Light Festival, migrants are being detained in cages at Europe’s external borders or deported with illegal pushbacks.

Europe’s migration policy is racist and deadly. The EU pours billions of euros into sending and preventing migrants into Europe, while deliberately keeping asylum centers and refugee camps in dire condition. Around the world, we see border walls being erected and the right to free movement, especially for those who need it most, drastically curtailed.

In the EU, the containment of migration implicates downright inhumane practices. Bulgaria uses EU money to imprison migrants in cages. Frontex conducts deadly and illegal pushbacks on the Mediterranean. Morocco drops migrants trying to enter Spain’s Melilla without a map or water in the Sahara. But the continent of universal human rights only talks about these rights when other countries do something wrong.

What better time to raise the hypocritical violations of the right to freedom of movement than during the Amsterdam Light Festival? While tourists and the Dutch gazed at the reassuring art in canal boats, Watch The Med held its international meeting weekend of the alarm phone group in early December. By attaching Led-light banners on the bridges of the Light route, Watch The Med demonstrated for those for whom a boat ride is definitely not a moment of relaxation and enjoyment, but a life-threatening and anxiety-inducing undertaking.

The action was well received by Light Festival visitors. Some boats sang the slogans on the banners, and others honked in solidarity. The organization of the festival, however, was less pleased. They let the police remove most banners from the route after a mere two hours.

The alarm phone of Watch The Med takes emergency calls from migrant boats in the Mediterranean and informs the relevant coast guard to rescue them. Watch The Med documents all migrant emergencies on the militarized sea, including the number of people in distress, their exact location and whether the Coast Guard is making sufficient efforts to rescue the people.

Their essential work is on the edges of Fortress Europe. It is therefore all too easy for Europeans to know nothing about what is going on there, or to shrug their shoulders. With actions like these, Watch The Med brings the Mediterranean to the heart of Europe. Looking away is not an option. Stop the militarization of the Mediterranean. Let migrants through. A sea should not be a wall, but a bridge.

Support the project ‘ACTION • Bridges not Borders’ and donate