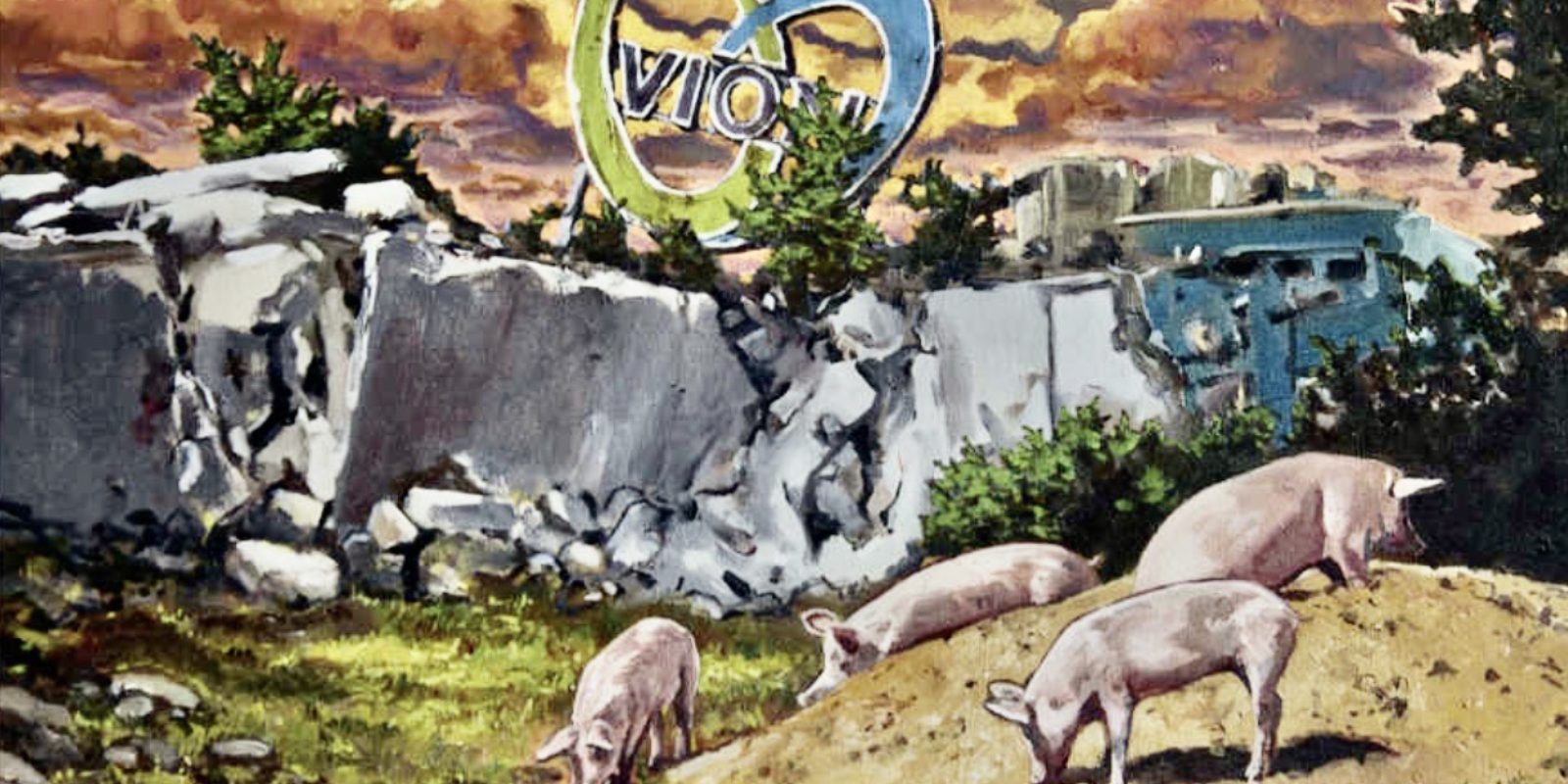 Action group ‘Close Down Vion!’ is campaigning to address everything that’s wrong with slaughterhouse Vion in Boxtel, by starting a conversation with the silent majority of local residents. With a one-off newspaper the group will start discussions on among other things animal welfare and workers’ conditions.

Vion is the biggest slaughterhouse in the Netherlands, and has been part of the local community in Boxtel for a century. The company provides employment in the area, brings in taxes and buys farmers from the surrounding farmers. At the same time Vion is being criticized for concerns around animal welfare, pollution and working conditions. Sluit Vion!  (Close down Vion!)—a coalition of Alle Dieren Vrij; Animal Rebellion; Vrije Bond Noord-Brabant; Autonomen Brabant; Earthlings NL, and Cage Undefined—is campaigning to address everything that is wrong with the slaughterhouse.

Slaughterhouse Vion is ankered in Boxtel. A lot of residents are directly or indirectly connected to the slaughterhouse, but also people that are not tied to Vion are often convinced that the company is important to the village. On the other hand an increasing amount of people is voicing its concerns about the company. Criticism has grown in the last few years, now that more attention is given to topics such as animal welfare, environmental pollution, public health and workers’ conditions. To give an example, a recent corona outbreak in the slaughterhouse led to fear among workers, workers’ conditions is often bad, animals are living in miserable conditions and locals are subject to odor nuisance.

Sluit Vion! wants to start the conversation with the silent majority of people in Boxtel that does not actively support Vion but also does not speak out against the company. The action group wants to inform local residents, start discussions and decrease the support for the company. Around three thousand houses will be given newspaper, containing articles on the multiple forms of exploitation that Vion is upholding, but also with interesting, inspiring stories on what to do if the slaughterhouse were to close. The paper will be supported by posters, stickers and flyers for smaller and spontaneous actions.