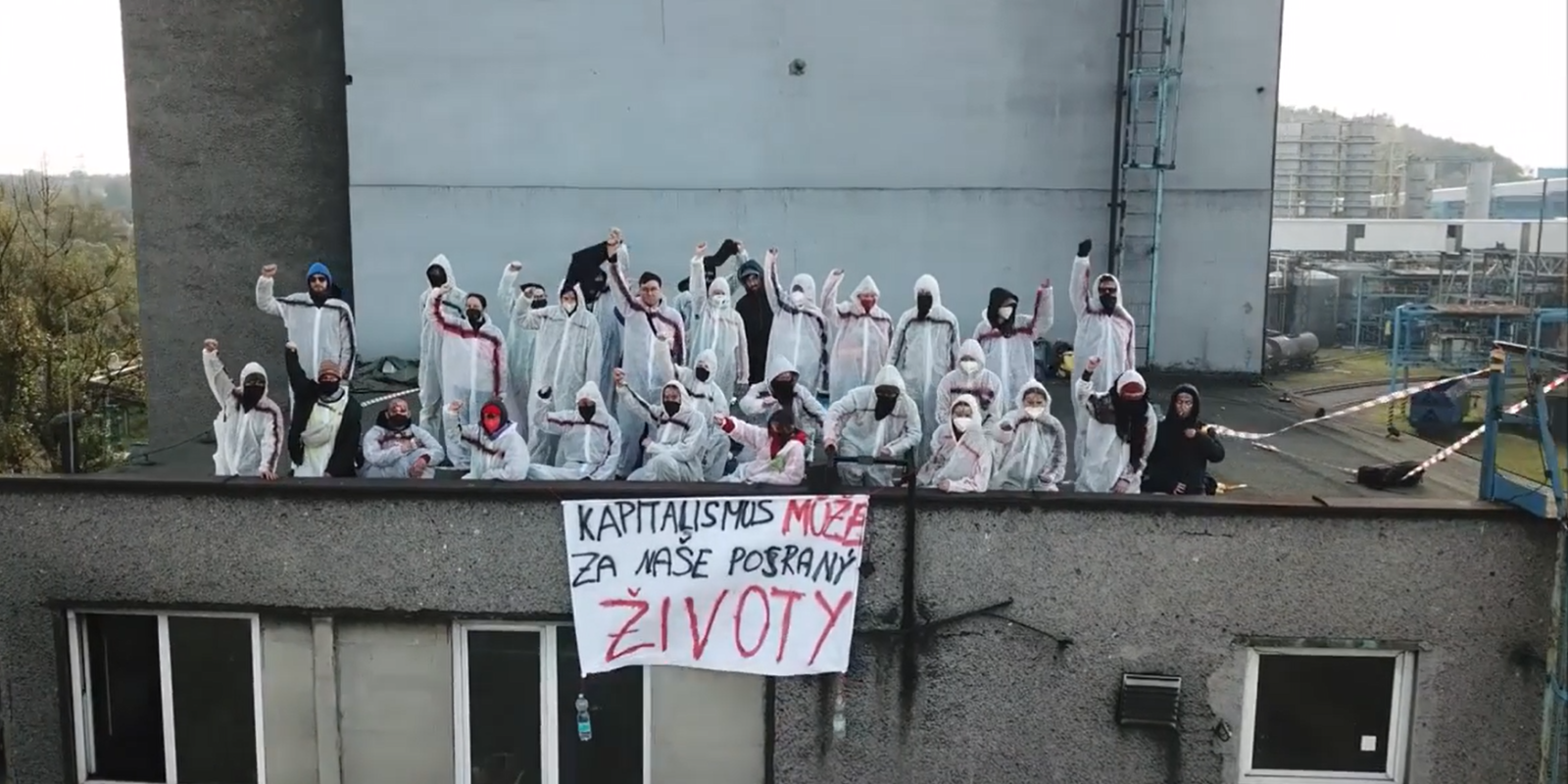 Climate Camp and Direct Action in Ostrava for a Just Transition

Limity jsme my organized a climate camp and successfully blocked the Svoboda coke plant, for a just transition!

Limity jsme my (We Are the Limits) organized a climate camp in Ostrava, and successfully blocked the Svoboda coke plant with more than a hundred activists!

Climate Camp: for a just transition

Limity Jsme My organised many climate camps and direct actions in the past years, fighting against coal mines and fossil fuel plants in the Czech Republic. This year’s climate camp was focused not only on fossil fuels industries but also on just transition. In the Ostrava region, where the 5-day camp took place, the first coal mines recently closed, but with little justice for the locals during the transition process. Lots of mine workers lost their jobs and/or cheap energy supply, and most of the miner flats were privatized, resulting in social problems for local people. Addressing the social injustices, distraints and energy poverty  in the region and its interconnected ecological and social consequences, Limity Jsme My wants to use the example of Ostrava to show what happens when these kinds of big transformations take place without public involvement. During the camp, talks, workshops and collaborations with locals were organized, set on the principles of non-hierarchy, mutual care and sustainability.

The direct action that followed the camp took place in the Svoboda coke plant, the perfect example of the importance of just transition that adresses both social and ecological problems and their global implications. After the decline of mining in the region, hard coal started to be imported from abroad to the coke plant. The produced coke does not stay in the region, and thus does not provide energy for local people, but is exported to the United States. On top of that, the coke production is so air polluting that it makes people move away to live in a healthier environment. The region around the Svoboda plant is one of the places where the highest concentration of highly carcinogenic benzo(a)npyrene was found. Keeping this plant open can not be part of a just transition! This is why over a hundred people successfully blocked the production and the export of coke from the coke plant area for a day! You can watch the video here and see the pictures here.

Limity Jsme My is a horizontally organized activist organization that wants to end the mining and burning of coal in the Czech Republic, and supporting instead a socially just transition to renewables. To achieve this, they organized five climate camps and several direct actions. They also cooperate with other social movements and environmental organizations, both on the local, national and international level, as they are part of a broader global movement for climate justice.

Het Actiefonds is very proud to have supported this action and to support the climate justice movement in general! Because we all deserve a healthy place to live, wherever we live.