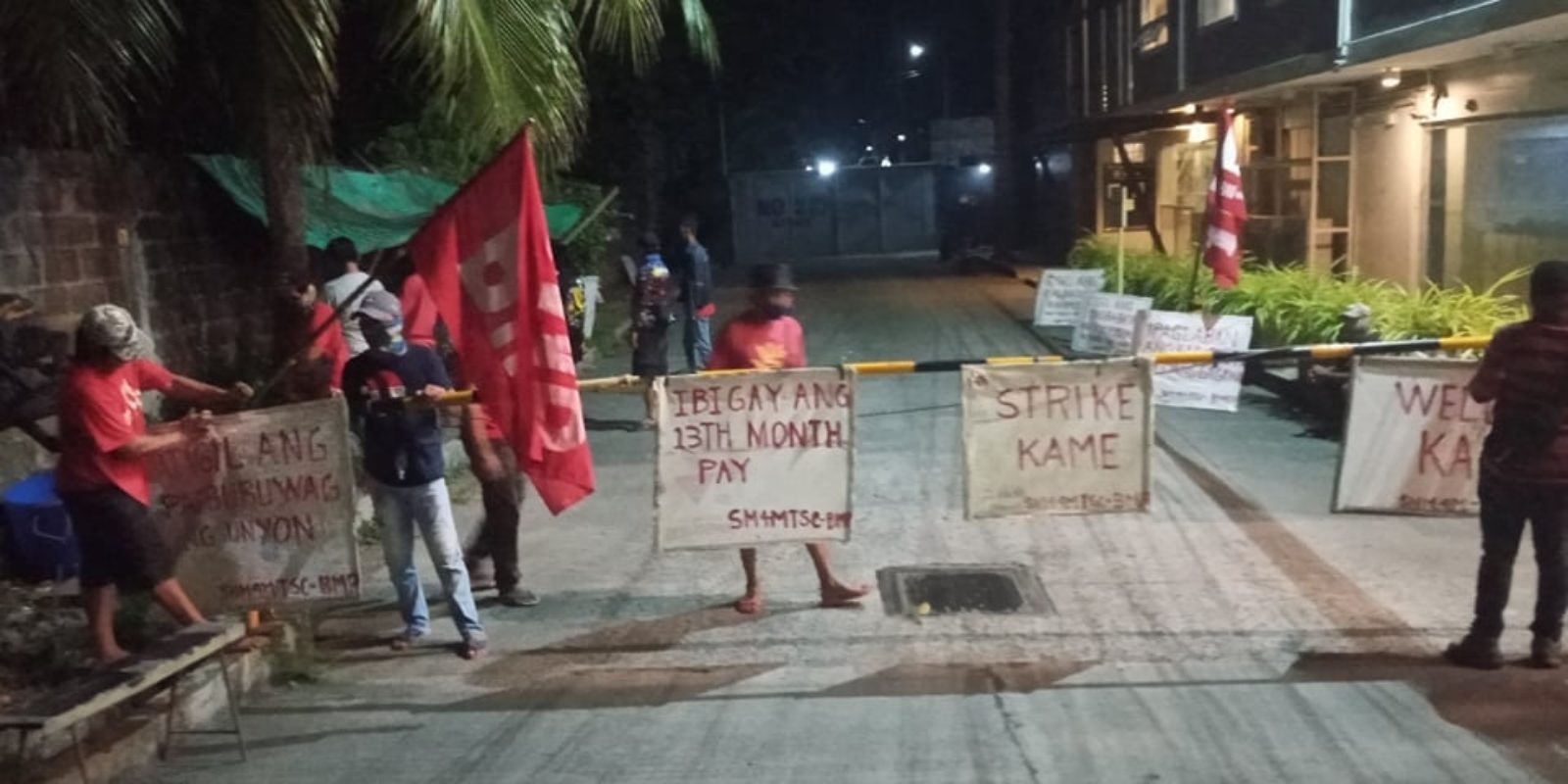 End starvation wages in the Philippines!

Solidarity of Filipino Workers takes action to raise the minimum wage in the Philippines!

The Philippines have been in one of the longest lockdowns in the world. This has heavily impacted poorer households who were not able to gain money. The cash aid and unemployment benefits were only a droplet on a simmering plate. This is why the poverty rate keeps on climbing, according to the government from 21.1 percent in 2018 to 23.7 percent in the first half of 2021. This means that roughly 3 million Filipinos have become unable to pay basic living expenses these last through years, joining 23 million other Filipinos. Labor groups are calling the current minimum wage a ‘starvation wage’, and fear that the Marcos presidency will only worsen the situation.

As if that weren’t enough, the pandemic and the periodic lockdown worsened the poverty and exploitation of wage workers. With the botched pandemic response, workers are left to shoulder the costs of their own COVID-19 tests in order to work, which means that some are risking infection for themselves and infecting other people to avoid losing their jobs. Some employers would even take advantage of this opportunity to curtail unionizing and strikes, with the Labor Department denying workers of their right to strike.

Given these dire conditions, workers from 7 regions in the Philippines filed for a national minimum wage increase to Php 750 per day (€13.09). The current and highest minimum wage, which varies from region to region, lies at Php 537 day (€9.37). Because of their campaign, politicians have been urging Duterte to raise the minimum wage to Php 750 per dag before Marcos takes office.

Het Actiefonds was proud to support this campaign Bukluran ng Manggagawang Pilipino (Solidarity of Filipino Workers). A minimum wage should be a living wage!