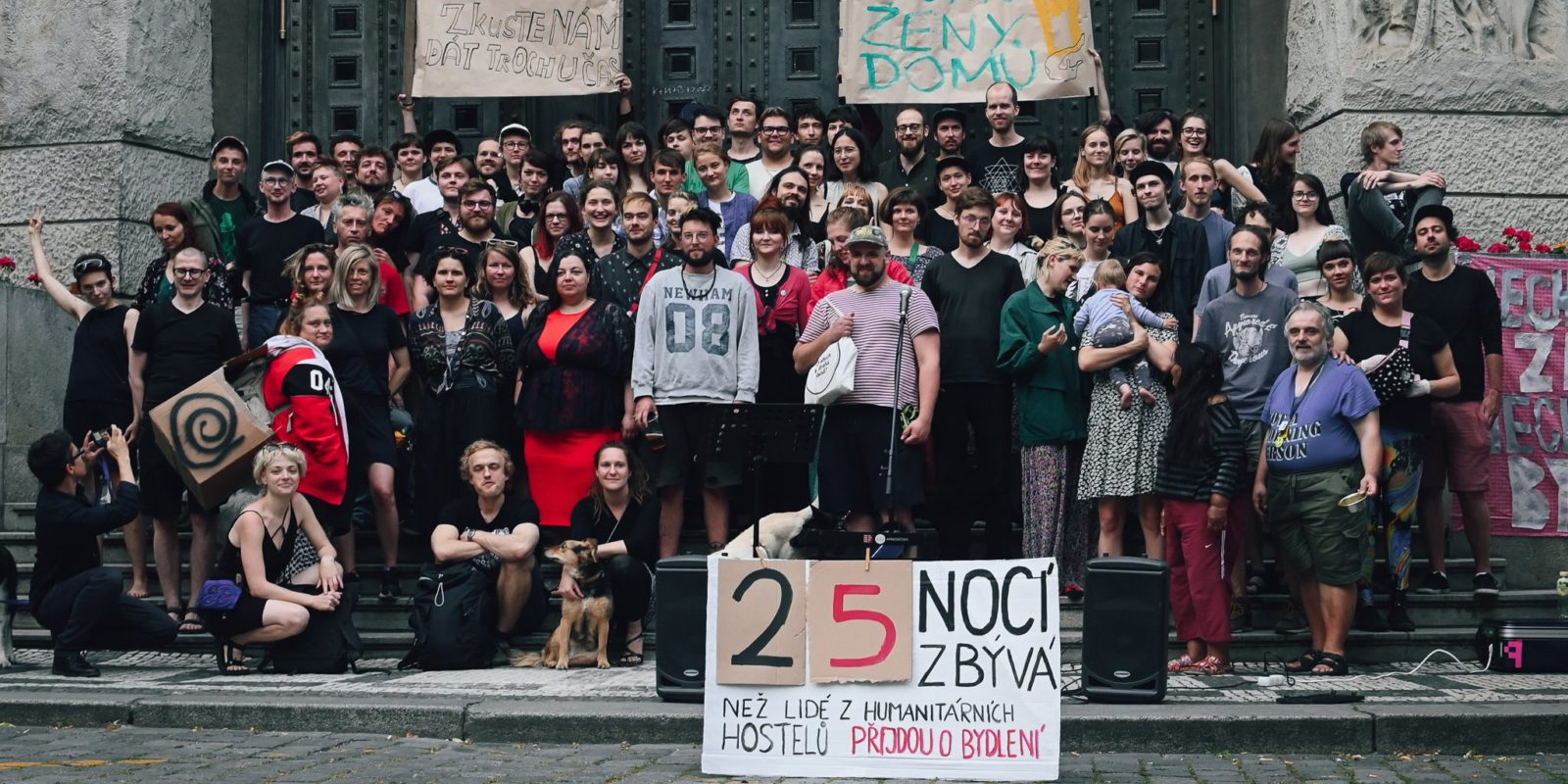 On the 13th of June, 25 people blocked Prague’s Town Hall and spent the night, demanding to ensure the shelter that was being denied to 60 homeless people in the Czech Republic’s capital, with success!

When in 2020 the Covid crisis reached Prague, the city provided housing for about 150 homeless people in humanitarian hostels, which proved to be a well working program. It helped the people involved stabilise their situation, and some of them even found permanent housing outside of the program. At the end of June 2022, the crisis shelter was coming to an end. The city council was planning on providing other housing solutions for some of the participants, but 60 of them would find themselves on the streets again, after two years of a safe place to come home to.

Jezevci, a small grassroots action group in Prague, joined by local social workers, organised a campaign and an action to prevent this from happening. Every day, they went to the Town Hall to count down the number of days in which the people concerned would be literally thrown out on the streets, they organised an evening and night demo on the square in front of the Town Hall, where people slept in tents to show the precarity of homeless people to the City Councillors and their story got covered by different media.

The climax of their campaign was an occupation of the Town Hall. Around 25 people entered the Town Hall to spend the night on army couches, and they refused to leave before the Council would properly consider the possible solutions for the 60 people concerned, and not long after, the Council came up with a solution for the coming two years. None of the former homeless people participating in the current program will be left on the street any time soon!

Het Actiefonds is proud to have been able to provide materials for this verry succesful action. The Jezevci collectif will continue to organise direct actions for all kinds of topics, and surely living rights will be one of them.

More pictures on the Actiefonds socials.

Support the project ‘ACTION • Sleep at Home’ and donate