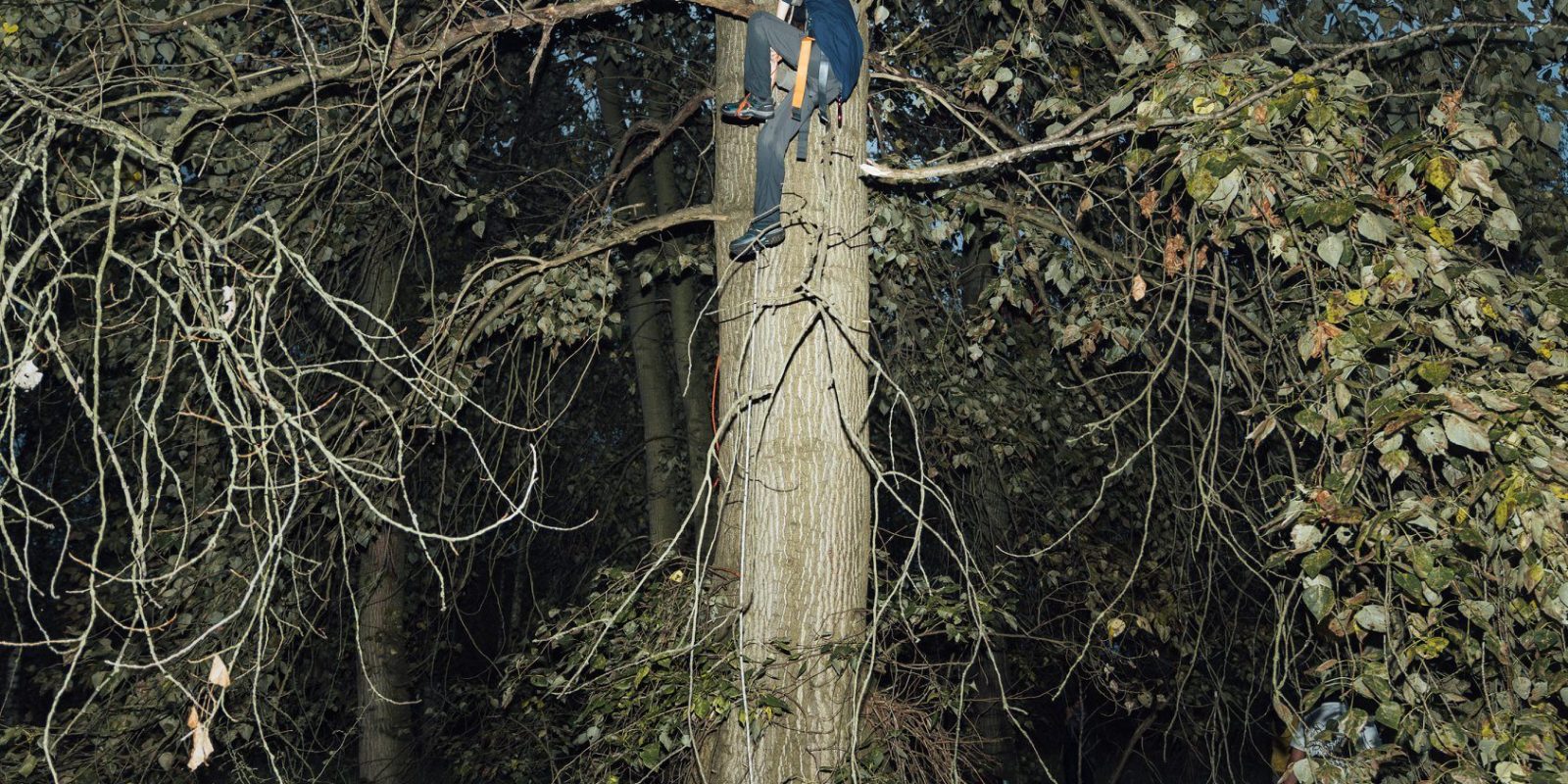 Activists fight against chemical industry in the port of Antwerp

On 3/10/20 action group Ineos Will Fall occupied a forest in the port of Antwerp where a British chemical concern is planning to build a plastic factory.

Activist group Ineos Will Fall occupied a forest in the port of Antwerp where the British chemical concern INEOS will build a plastic factory. The Flemish government is still pampering the fossil fuel industry while citizens are being rapped on the knuckles for not separating their household trash. More than 70 people were arrested, followed by widespread media attention.

In the port of Antwerp a new project is being planned, for which 55 hectares of forest have to be cut down. The British chemical concern INEOS is preparing to build a new factory, called Project One, for producing ethylene- and propylene. The project, which will most likely run on shale gas to make disposable plastics, is “a textbook example of the wrong choices that are being made for the future of the Flemish industry,” according to action group Ineos Will Fall.

INEOS is refuting the group’s criticism. Project One’s CO2 emissions are said to be more than half the amount of comparable chemical installations. The new factory would be the sustainable, early adopter in the European chemical industry, not only focused on disposable plastics, but on essential products in our daily life, such as in the automobile, construction, energy and medical sectors. Moreover, the company emphasizes that the forest is lying on an industrial piece of wasteland; if INEOS does not build Project One, another company will cut down the forest for another project. The company even promises to plant more trees than it is legally obliged to elsewhere, and will find new habitats for some of the species living in the area.

Ines Will Fall, on the contrary, said that while citizens are being rapped on the knuckles for flying or not separating their trash, the Flemish government is all the while making choices in favor of the fossil fuel industry. The action group wants to start a public debate about investing in circulair and climate-neutral projects for the sustainable transition of the port of Antwerp.

On the 3rd of October 80 to 100 activists occupied the until now still forest-covered terrain of Project One. After displays of power by the police, more than 70 people were arrested. Around 4 am the last of them were released from their cells. The (social) media attention was huge and widespread, the action drawing out comments from many people. Indeed, civil disobedience has proven again to be capable of making visible that which is invisible.