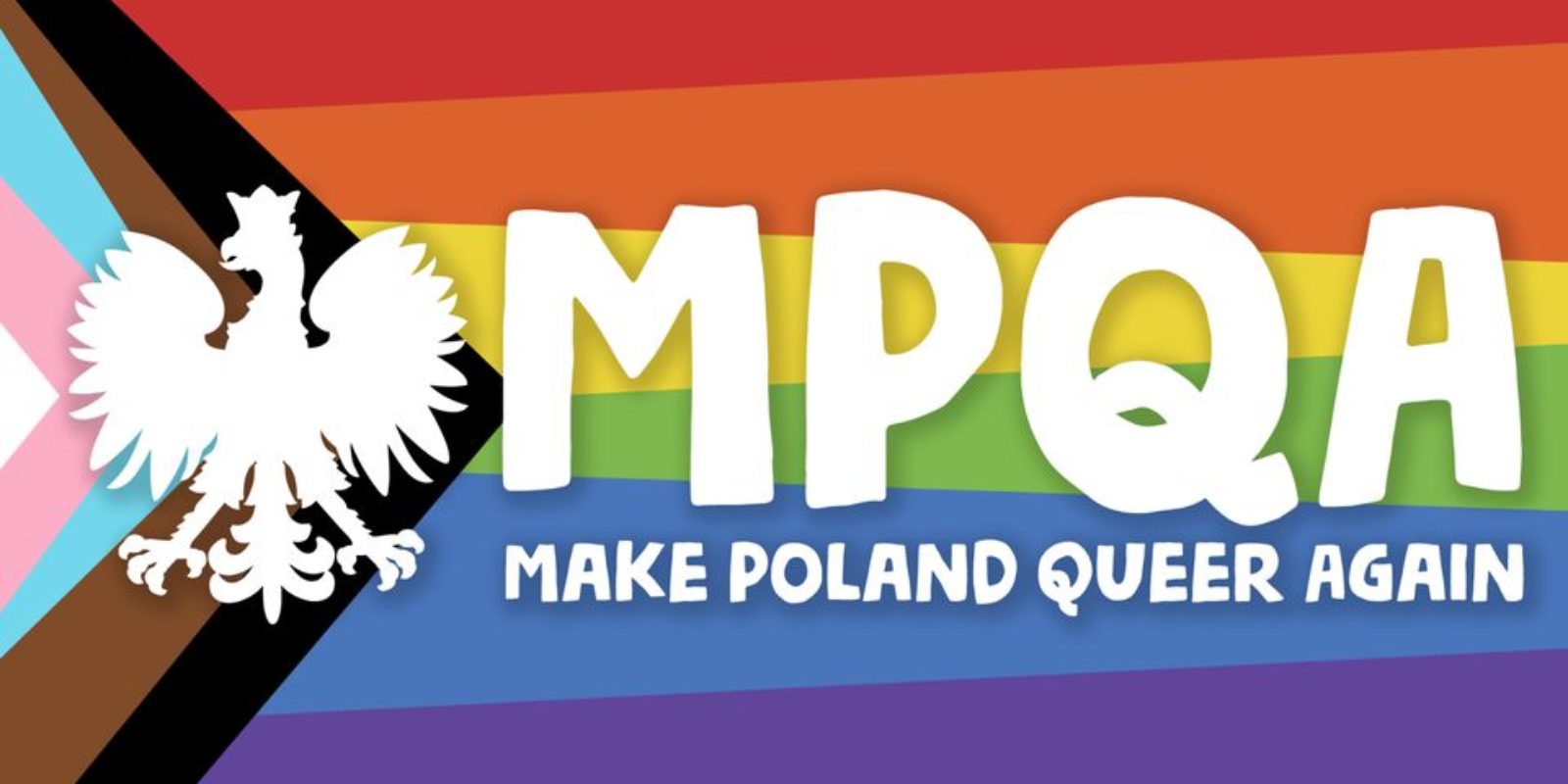 Make Poland Queer Again fights for a new, international movement of activism that will secure the rights of the LGBTQIA+ community through direct action.

The acceptance and emancipation of everybody who considers themselves part of the LGBTQIA+ community has been declining in several countries in recent years, with frontrunners of this journey back in time the Eastern European countries Poland and Hungary. Poland, for example, has imposed LGBT-free zones in 2020, along with a new law that makes abortion virtually impossible. As a result, both countries have seen an increase in homophobic and gender identity-related violence. Time to fight back!

Make Poland Queer Again is an international action group that was created to fight back against this growing culture of homophobia and violence towards the LGBTQIA+ community in Eastern Europe. The group claims that a new, more radical protest culture is necessary with international, transborder solidarity, direct action, and civil disobedience, as we know for example within climate activism. Their goal is to break away from the well-known, peaceful protest march and create new, creative forms of direct action to destabilize the status quo and create a network of safe spaces for the queer community.

Their plan consists of creating a strong, internationally organized network of activists that together plan and execute direct actions. Part of this will be the solidarity bus from Berlin to several Polish pride marches, to mobilize activists at an international level and together take part in creating disruptive actions during the Polish prides. Next to that, they want to create workshops and toolkits around executing direct action to empower local communities and give them the tools to mobilize, organize and join the international movement.

Het Actiefonds is strongly against the repressive and fascist developments in Poland and therefore supports the group Make Poland Queer Again.