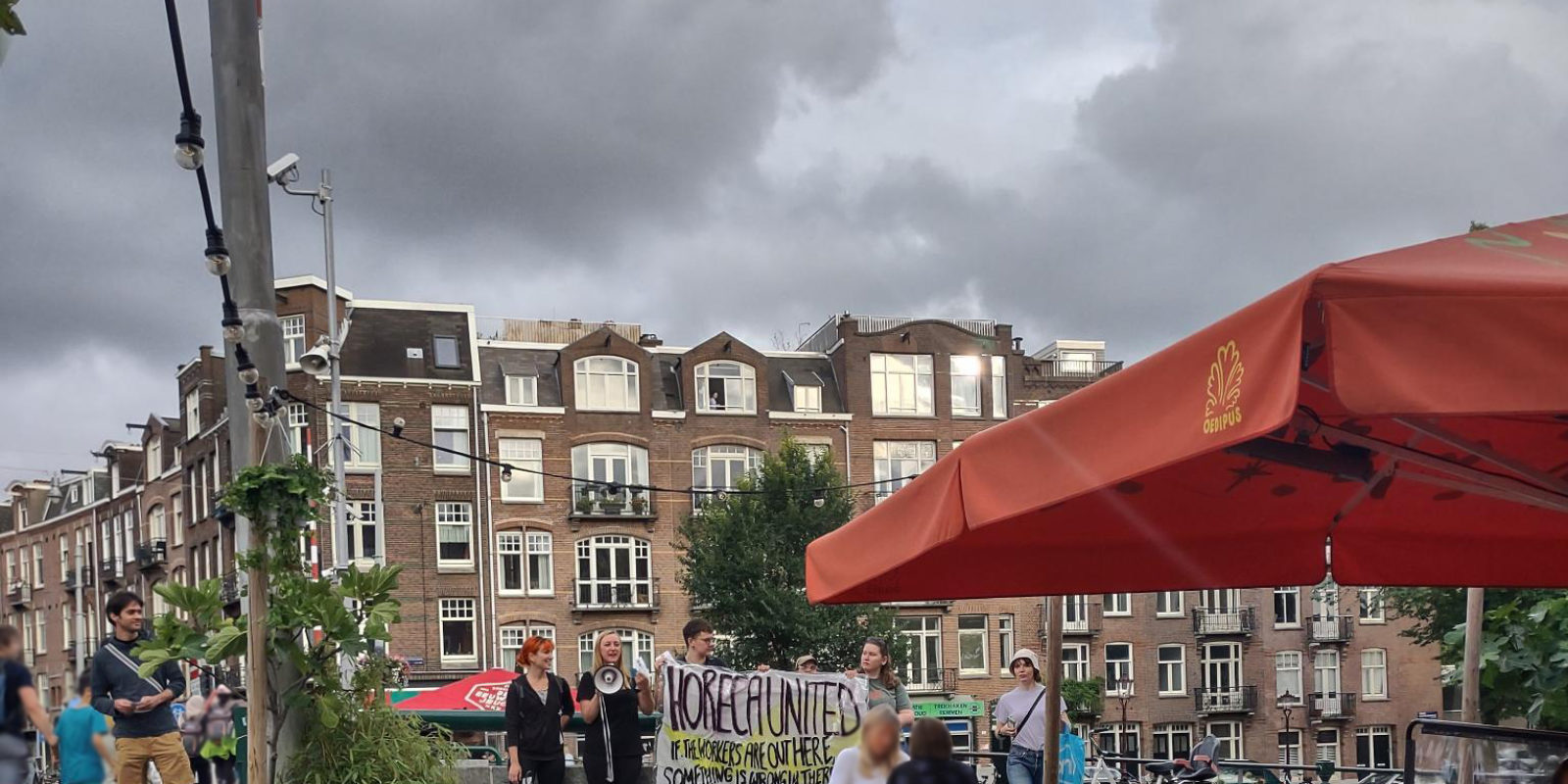 Lodewijk K. may own multiple horeca business in Amsterdam, his wealth doesn’t prevent him from refusing to pay two his workers their due. Horeca United won’t allow him to get away with this. They’ve organized multiple picket actions to pressure hem into paying.

For the time being, the picket actions seem to work. At first he did not even want to discuss the matter, but after two picketing actions where customers were informed of Lodewijks business practice, the exploitative employer agreed to sit down and negotiate. He has consistently tried to undercut offers of Horeca United and has offered insultingly low amounts to compensate his two former employees. Eventually he gave in to one of the two wage claims.

Obviously, this is not enough: the two workers won’t settle for less. So, they gave their ultimatum: pay up, or we are forced to take action. For now, this means action. Het Actiefonds is supporting their next picket actions. No boss should get away with refusing pay!

Support the project ‘Horeca United against Lodewijk K’ and donate