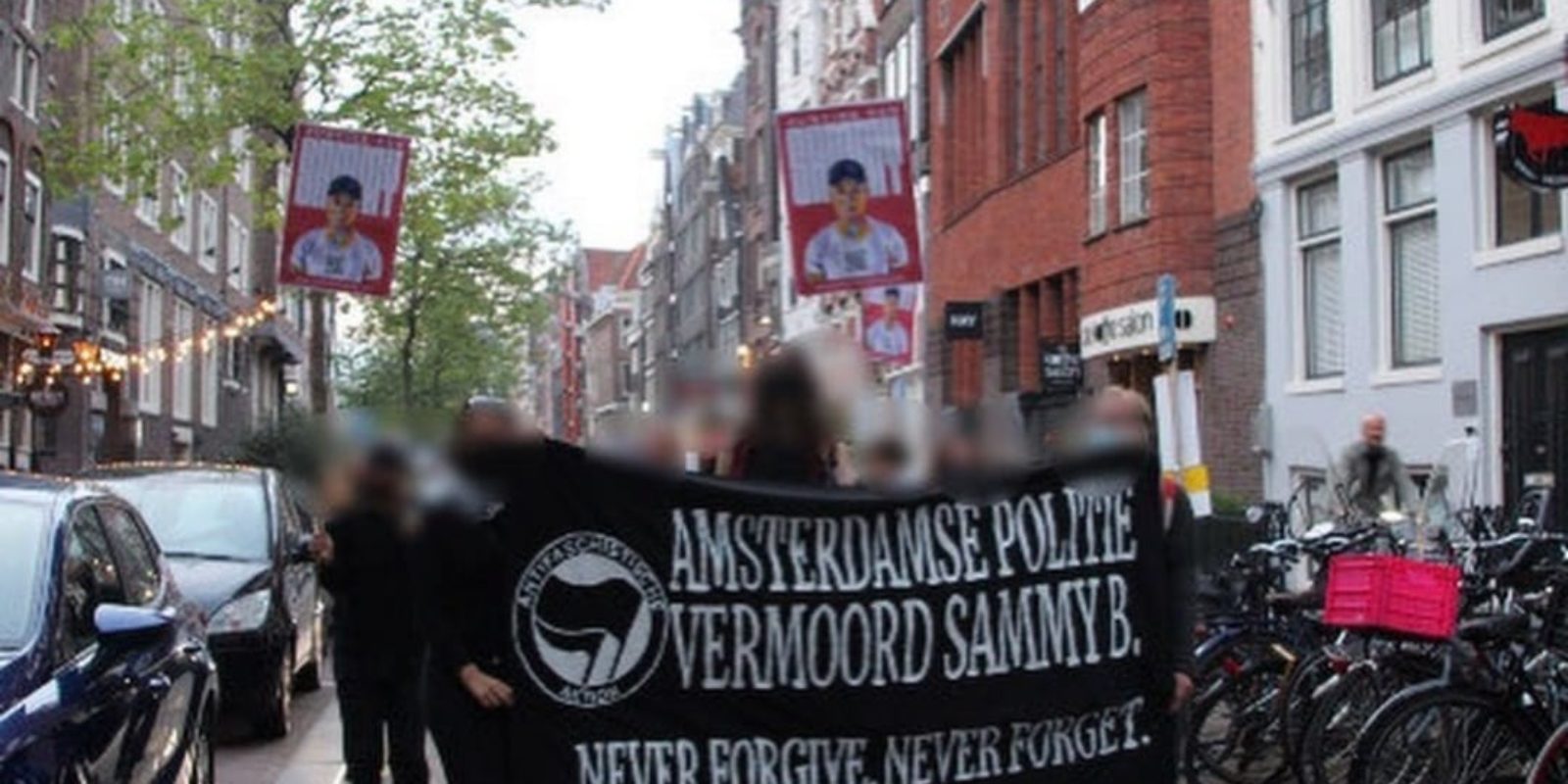 Demonstration for victim of police violence

With the support of Het Actiefonds, Radical Solidarity organizes a campaign and a large demonstration on August 13, in solidarity with victim of police brutality Sammy Baker. Sammy was murdered by the police last year; he was suffering from a psychosis.

donate now
On August 13, 2020, Sammy Baker was murdered by the police in Amsterdam. He was suffering from a psychosis and needed psychological help, which he asked for. The pyscholance was ready, and his mother was also 250 meters away from him, but the Amsterdam police did not let them through.
Action

Sammy was carrying a small knife with which he threatened to injure himself. The police ordered a police dog on Sammy, but the dog didn’t see any danger and walked straight past Sammy. The police dog attack failed and Sammy was overpowered from behind by the dog handler and knocked to the ground. It is unclear what happened on the ground. Police allege that Sammy was swinging the knife around and hitting a police officer in the vest. An investigation revealed that none of the vests were damaged and none of the police officers were injured. Yet two officers chose to fire at almost the same time.

Two months ago, the Public Prosecution Service again chose to not prosecute the murderous officers.

The concrete goal of this Radical Solidarity collective’s campaign is justice for Sammy, a reopening of the agents’ investigation and prosecution. The larger context in which this should be seen is the fight against police brutality, and greater safety for people with mental health problems.

On August 13 it will be one year since Sammy was killed: a large demonstration will be held around the spot where he was murdered.

Support the project ‘ACTION • Justice for Sammy Baker’ and donate