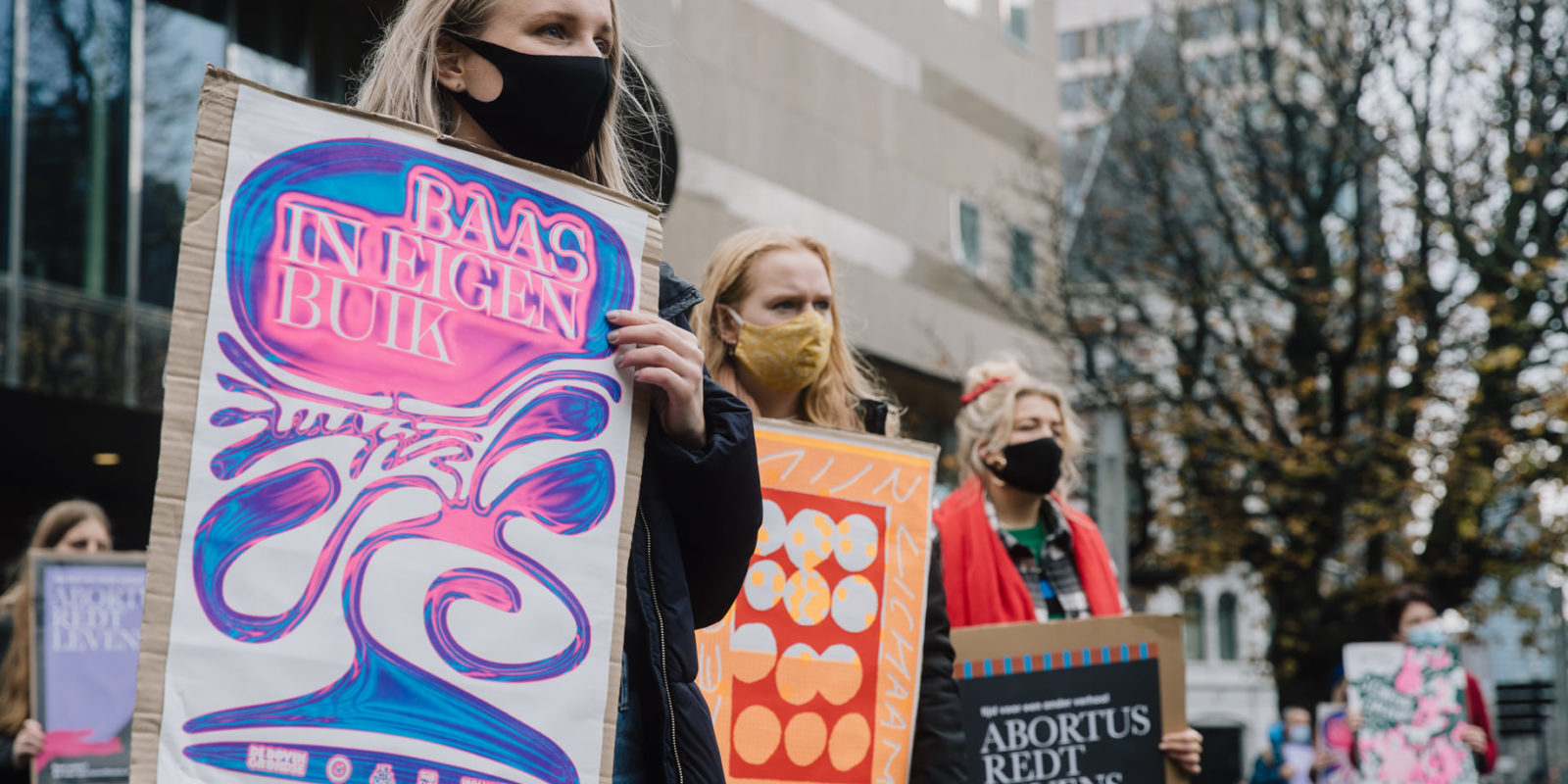 Nogsteeds1984 roots for the reproductive right to self-determination

In recent weeks, print studio Kapitaal in Utrecht was transformed into an artistic activist breeding ground. Pro-choice action group Nogsteeds1984 reminded us of the urgency of the right to safe abortion through arty silk screen prints.

The right to abortion is under pressure. The terrible anti-abortion lobby is gaining more and more support, as has become painfully clear in Poland recently. In the Netherlands too, conservative supporters are becoming increasingly vocal and with the elections in sight, the pro-choice movement could use a visibility boost.

The immediate cause for the action was the approaching ‘week of life’, organized by the anti-abortion foundation Schreeuw om Leven. During this recurring week, the conservative foundation lobbies for stricter abortion laws, with a silent march to conclude. The goal of the action group Nogsteeds1984 was to set up a campaign that takes a critical view of the anti-abortion lobby. The activist art posters hung along the entire route of the march and were used as protest signs. By being fully visible during the anti-abortion demonstration, the current pro-choice legislation was reinforced.

The group’s name comes from the fact that since 1984 abortion has been legal in The Netherlands. Fortunately, in 2020 we are still Baas In Eigen Buik and we demand to remain so forever!

“We celebrate that we decide about our own body, despite growing opposition.”