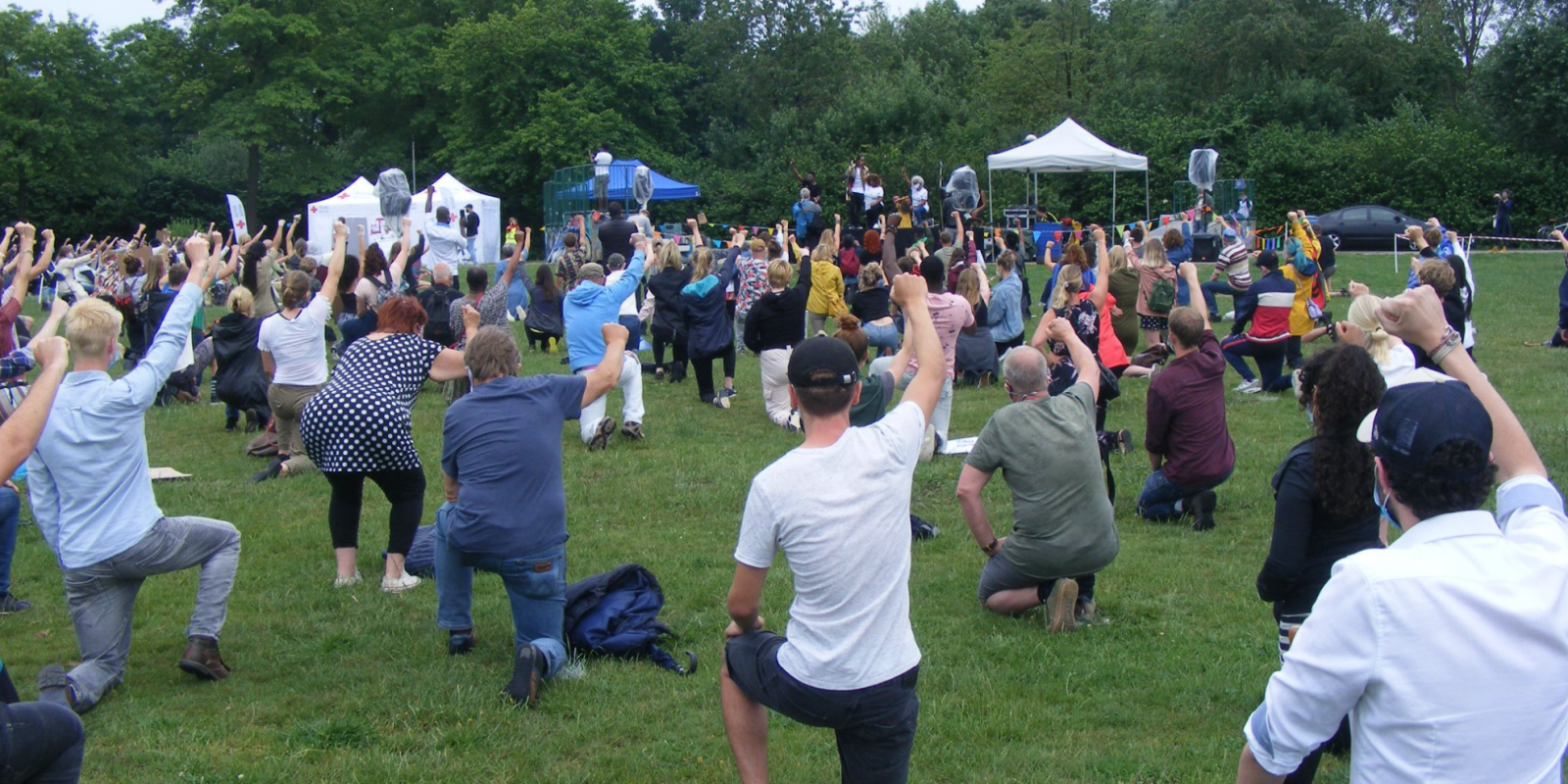 Protest in Wageningen against institutional racism

In Wageningen a protest was organised against systemic racism (14 June 2020), in solidarity with the global movement Black Lives Matter.

Since the murder of George Floyd by a white police officer in Minneapolis, there has been a surge in public outrage in the US. For weeks protesters have been rising up against institutional racism. Also in The Netherlands a number of demonstrations took place. Black Lives Matter Wageningen organised one on the 14th of June in solidarity with the global movement, and to attract attention to the necessity of truly inclusive municipal policies.

The organisation of Black Lives Matter Wageningen points out that, despite differences between the US and The Netherlands, institutional racism is also a Dutch problem. It is manifested in a tax-related affair where Dutch people with a double nationality (read: non-white citizens) were subject to additional checks. Moreover, ethnic profiling causes non-white citizens to be systematically discriminated against on the labour market.

At the same time, extreme right-wing views have gained momentum in recent years, also gaining popularity within conventional political institutions. Therefore, Black Lives Matter Wageningen is also protesting against the normalisation of extreme right-wing ideals, for truly inclusive policies for the society as a whole.

More than a thousand people attended the demonstration in Skatepark Noordwest. The organisation marked the grass so that people could follow the COVID-19 guidelines. Het Actiefonds supported hiring first-aid support, walkie-talkies, transport and sound equipment.

A day after the protest the municipal office of Wageningen announced to give in to some of the demands made, by abolishing blackface practices during the parade of the national holiday of St Nicholas.

Black Lives Matter Wageningen will continue to be active by joining ThuisWageningen, a community of organisations and individuals that promote a sustainable, inclusive city. Regularly workshops, concerts and lectures are organised, to bring together people and promote progressive voices in Wageningen.