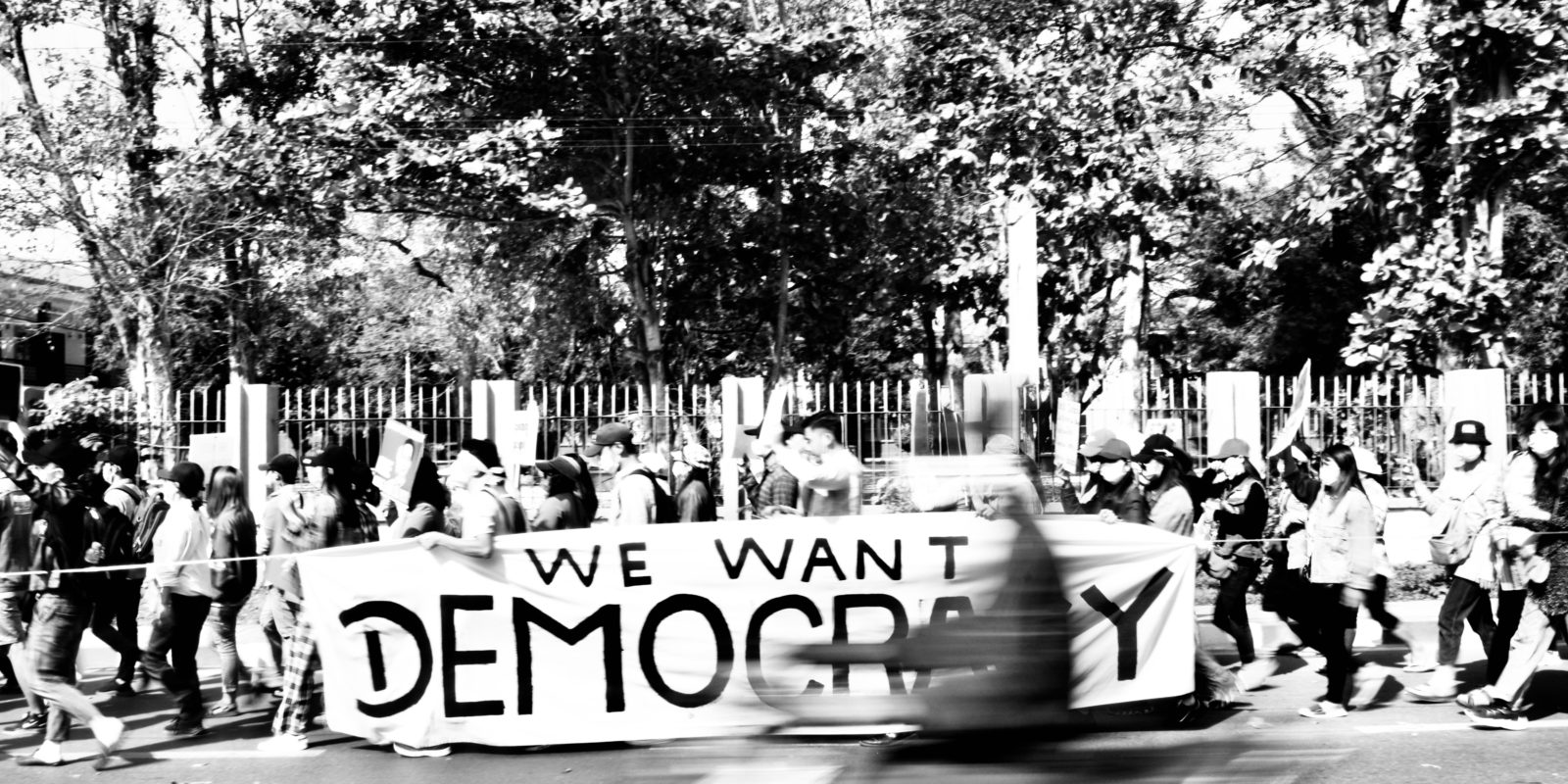 Het Actiefonds supported various protest groups in Myanmar at the time of the coup. An activist tells anonymously about her experiences. Born in Kachin State, she currently works part-time at a small think tank organization in Yangon. Both through her work and on a personal level, she is connected to the protest movements.

Unity
“You could describe the currrent period in Myanmar as very hopeful, but at the same time most grim. Never have I witnessed my country in such a united front against the military. Only now do I really understand the struggle of ethnic people and their grievances. It was only when the country was shattered to pieces by the military for the third time in history that we finally found the unity we need to build a federal union.”

Strength of a young generation
Despite a glimmer of hope, the future remains hugely uncertain: “I am very concerned about how the situation will unfold in the coming months. The war that the NUG (National Unity Government of Myanmar) declared on the Myanmar military might not lead to a fullblown war, but it will make life very difficult for Myanmar’s working people. There is already a civil war on a large scale in the countryside. Hundreds of people are displaced without receiving any aid. At the same time, the military is breaking down the PDF movement (People’s Defense Force) in urban areas very rapidly. The situation resembles that of David and Goliath; it is amazing to see the unbroken spirit of young people who are sustaining the movement.

Long struggle
When asked what it is like to be an activist in such an environment, she emphasizes the importance of cautiousness: “You have to be very careful, both with online and offline activities. It’s going to be a long struggle. Most importantly, you don’t get arrested or killed. I don’t think you can be an overt activist in Myanmar right now – not if you live in the country itself. Every movement is tracked, your telephone communication, your online activities, your mobility, your bank transitions…

Het Actiefonds continues to support the protest movement in Myanmar and maintains close contact with activists. “I think we are all traumatized in one way or another. I really hope the young generation finds peace very soon. I hope we can all heal.”