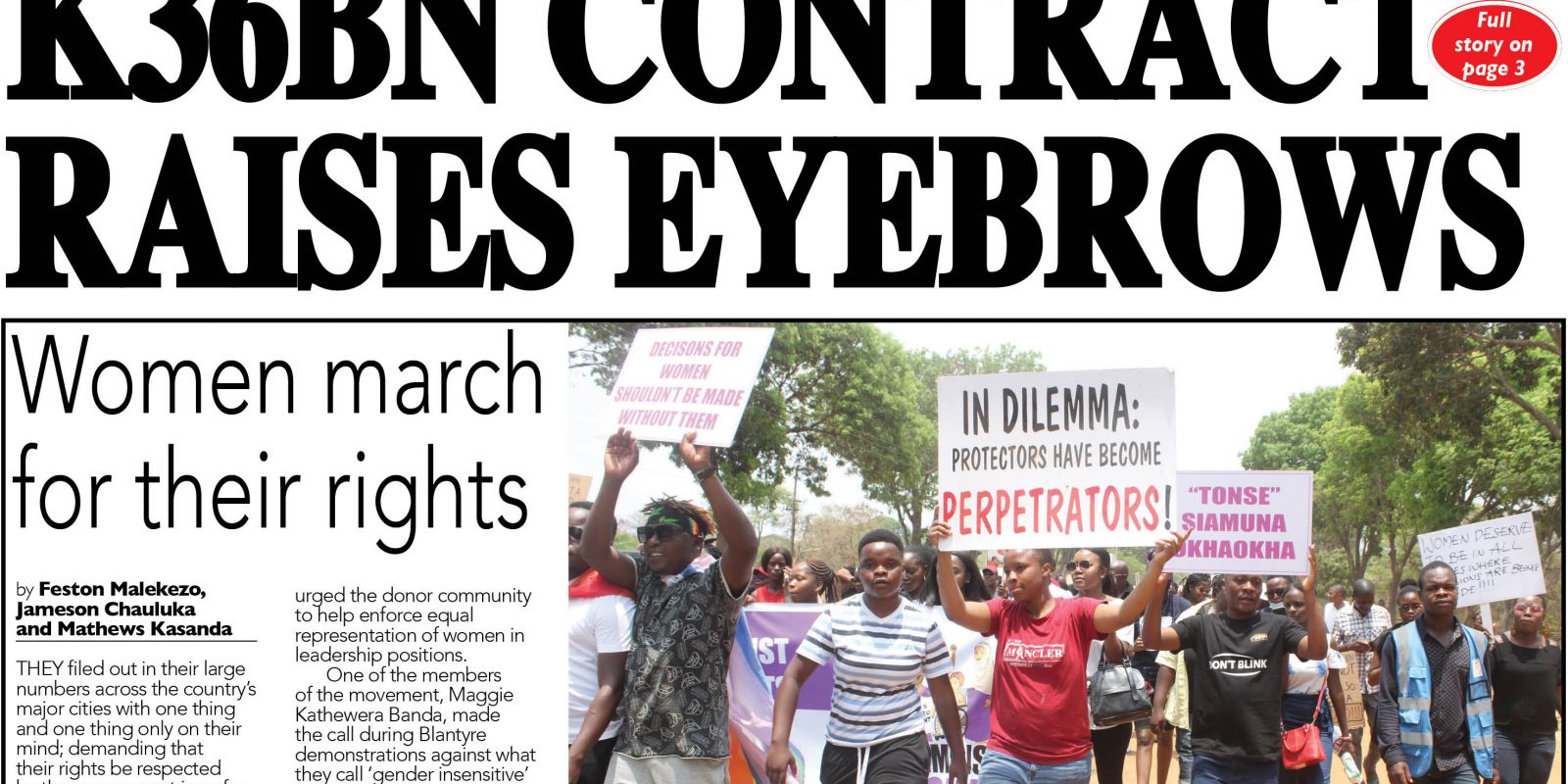 Malawian organization Zenith for Young Women Achievers campaigned with to legalize abortion. Although public debate was sparked in on- and offline media, the government indefinitely postponed to vote on new abortion laws.

The majority of abortion procedures in Malawi are performed under clandestine and unsafe conditions. Complications from abortions have been estimated to account for between 6% and 18% of maternal deaths in Malawi. Abortion is only legal in Malawi to save a woman’s life. A national debate is currently being held on whether or not to liberalize Malawi’s abortion law by providing more exceptions under which an abortion could be legally obtained.

Zenith for Young Women Achievers, together with other organizations, organized a public campaign to discuss and pass the new Termination of Pregnancy Bill. More than 3000 young women and girls in Blantyre and other cities in Malawi participated. The campaign included a solidarity walk in support of members of Parliament, so that the bill can be discussed and passed before the sitting of parliament on October 23rd, 2020.

The organization reflected that the campaign has been successful in igniting a conversation to change the public debate around the bill. The campaign captured the media attention it deserved and members of the general public discussed the bill on social media platforms, radio and television programs. Consequently, many Malawi are aware of the need to deal with unsafe abortion by having legislative and policy reforms. It has not been a complete success, however, because Parliament did not deliberate the bill and the National Assembly has been indefinitely adjourned.

Zenith commented that there is a strong need for mindset change of Malawians on the effects of unsafe abortion. Currently, religion is being used to curtail discussions around the topic, on the back of ideas such as that those dying from unsafe abortion are sinners. This frame of thought is directly resulting in deaths, but on top of that, a lot of resources are being lost treating post abortion complications. The proposed legislative reform will thus protect girls and women directly, but also prevent complications and release pressure on the health care system.