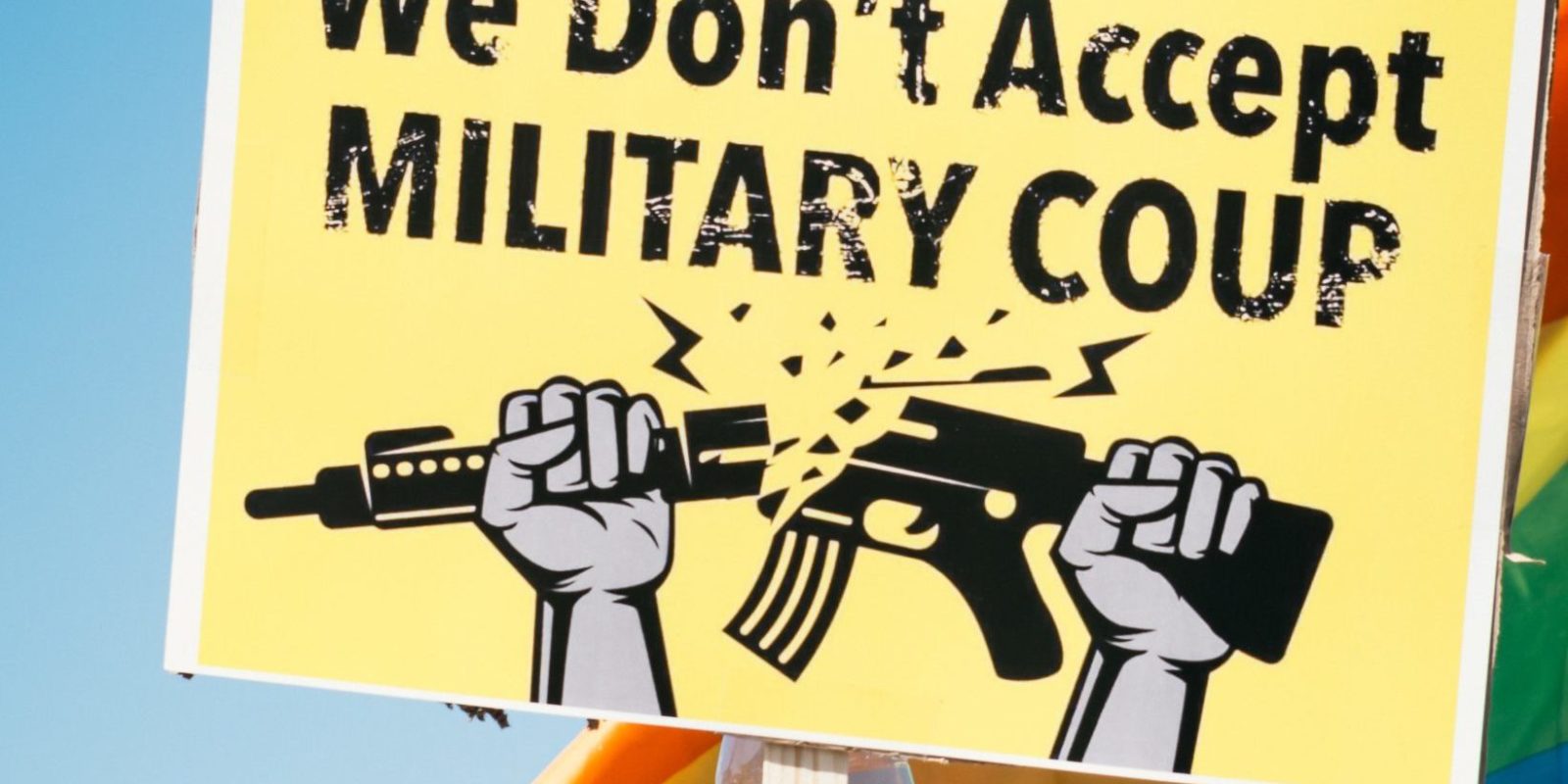 “The spirit of resistance is unbreakable”

More than half a year ago a coup attempt sparked a wave of protests throughout the whole of Myanmar. We spoke to human rights activist Igor Blaževič about the situation in Myanmar, where has worked and lived for five years. Igor was leading the Educational Initiatives, an educational training program for activists.

So what is your connection to Myanmar?

“When the coup started, I immediately reconnected with friends and former students in Myanmar. I lived and worked there from 2011 to 2016; about three hundred activists took part in courses I organized on transition to democracy. They are all in action now, organizing protests and other actions, risking their own lives.”

“Among Educational Initiatives participants were activists who spent half an hour on a demonstration and then spent ten years in prison for that. They never received normal education at that time; others, coming from ethnic minority areas, are the children of ethnic cleansing, young people who saw their villages looted and destroyed. The main aim of Educational Initiatives was to bring people together from different political and ethnic backgrounds. Building bridges, making connections, that’s what it was all about.”

Can you describe what exactly happened during the coup? Why did people take to the streets so en masse?

“It is actually very simple and at the same time very tragic. What happened in short: General Min Aung Hlaing was supposed to retire this year: yet he wanted to become president at all costs. The elections showed that the incumbent NLD party would win again and that USDP, the military proxy party doesn’t stand a chance. In response, the general staged this coup.”

“But Min Aung Hlaing made a mistake. He never expected this huge nationwide wave of protests. The entire population revolted and the army responded with extreme violence. Nonviolent protests were brutally crushed. However, nonviolent protest flashmobs still happen every day, again and again, for six months already. The coup and the brutal violence still did not manage to break the spirit of resistance.”

“The military uses violence and power to extract any available economic assets. They have plundered all natural resources. From their stronghold, they continue to attack the population, hoping they can break their morale. The other side – the protesters – keep holding on. They continue to resist in every way possible: flash mobs, boycotts, refusal to pay for electricity, noise demonstrations, jungle guerrillas. The economy has collapsed and a civil war is imminent. There is no extra oxygen for people with COVID-19.”

What can you tell about the social movements in Myanmar? Is it even possible for activists to organize themselves?

“At the moment there are many different active groups. Large and small streams forming one strong river current of resistance. The younger people are perhaps the most important, generation Z. They are currently organizing a lot of flash mobs. Many activists are hiding, but they have good networks and use Telegram, Signal and social media to announce and mobilize for actions. They also take a lot of photos and videos and send them out into the world as much as possible. And then there is the neighborhood movement: local residents organize night vigils, walk marches during the day, organize street theater and they too document as much as they can. In very remote villages, the villagers are taking action by crossing rivers with boats and banners. Even Buddhist monks are involved in the resistance. A good example of creative direct action is the coconut protest: streets strewn with coconuts with various cries of resistance.”

But those protesters risk their own lives by taking to the streets. How do they deal with that constant threat?

“Min Aung Hlaing has done something from the ‘cookbook’ of terrorist dictatorial regimes: the military deliberately organizes extremely brutal killings to break morals. It is ensured that these murders are extra visible; this is a tactic, it’s part of a strategic plan. They are aware that the most brutal images will circulate on social media. The goal is to instill fear.”

“But the movement cannot be suppressed. Activists, meanwhile, are aware of this manipulative tactic and have stopped sharing horrific images. Instead, they turn the victims into heroes and spread their story. To encourage fellow activists, not to spread fear and panic.”

What are the effects of grassroots activism in the region?

“I see two amazing results. The first is: mobilization. An entire nation rises. The general may have expected a few protest movements, but we see that the courage of a few people has finally mobilized an entire community. The second is that a protest movement has risen against military power. And for six months (!) the army could not break this resistance!”

“Still, they cannot prevail over the military and armed forces. They need help. From neighboring countries and from the international community. But this urgent assistance is not coming, except from organizations such as Het Actiefonds. We need major international players to end this power game.”

How do you see the future for Myanmar; politically but also specifically for the protest movement?

“A cynical outlook is that the military will always win over the people. On the other hand, there is still hope. True, Goliath often prevails, but not always. David also wins, sometimes. And as long as that David is there, there is hope. It is now important that we stay in touch with the people of Myanmar, those who risk their lives and continue to struggle. Networking is so important! Get to know each other, keep talking to each other. Building and coordinating an international network is indispensable. We must unite!”

Igor Blaževič is a human rights activist and founder of Europe’s largest human rights film festival. He was born in Bosnia in 1963. When the war broke out he was already living in Prague, but this event changed his way of thinking. He became an activist, focusing on helping activists in dictatorships. Currently he is a program director at Prague Civil Society.