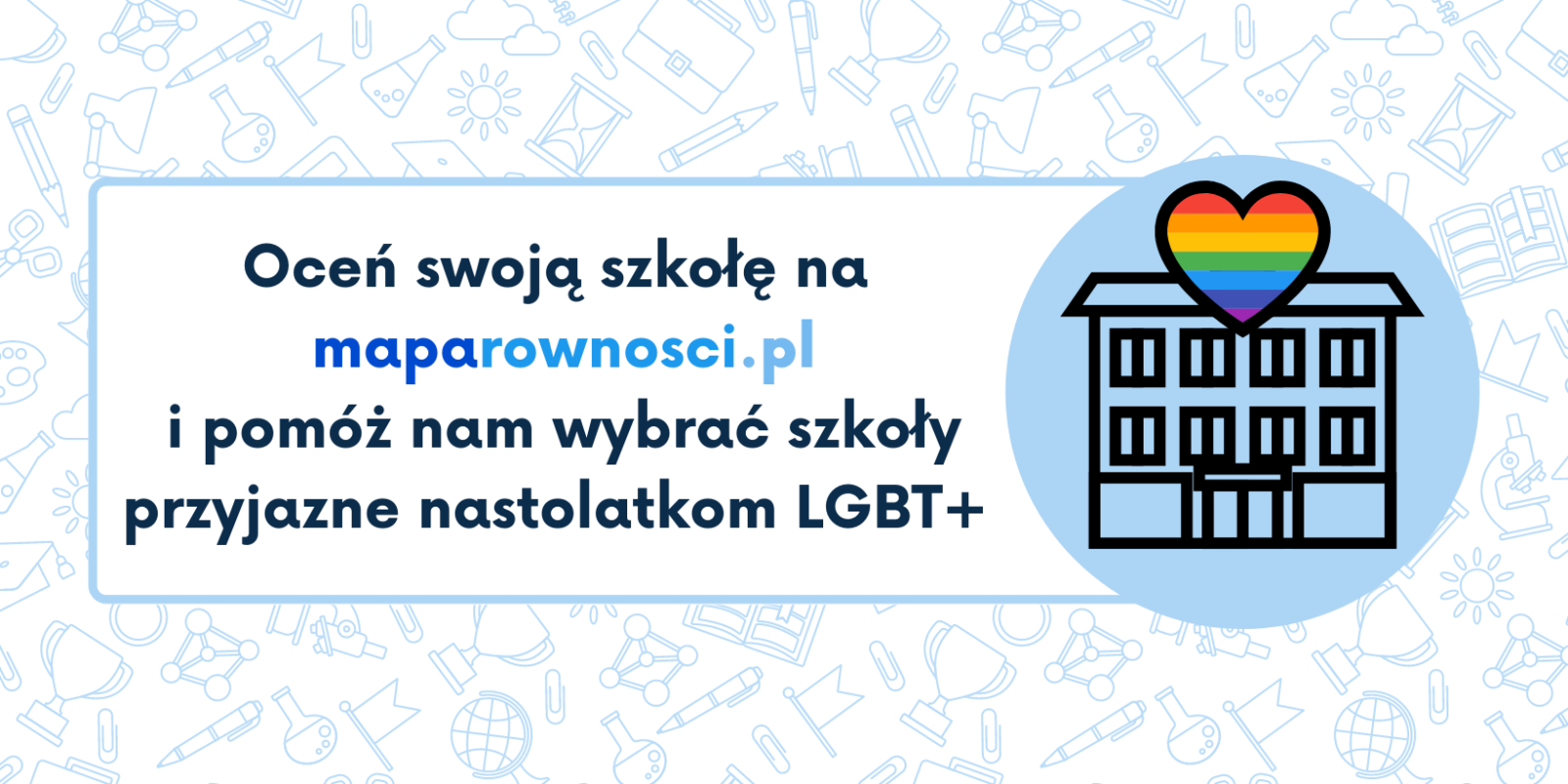 For safe and inclusive education

In Poland, which is increasingly conservative, there is virtually no place for the LGBTQIA+ community. This also translates to the statutes of many school communities.

The Polish GrowSPACE Foundation, in collaboration with the Mapa Rownosci group, has an important mission: to amend the statutes of schools in conservative Poland. There is a total lack of respect for human rights in school statutes across the country. For example, in some schools it is even forbidden for LGBTQIA+ people to dance with each other at the prom and students are being excluded or discriminated against in all kinds of ways.

GrowSPACE wants to collect information about as many schools as possible and collect the most shocking statutes and articles. Following that, the group will hold a press conference, in which they will present the statutes and call for them to be removed, and urge other schools to do the same. In the next school year, the activists want to monitor the situation again.

The group is committed to making education in Poland more inclusive, both on a social and institutional level. According to surveys, as many as 70 percent of young LGBTQIA+ people in Poland have had suicidal thoughts at least once.

With the press conference, the GrowSPACE Foundation hopes to get a lot of media attention, so that they can address this persistent problem and create awareness. Because everyone has the right to a safe education.

Support the project ‘Action against school statutes’ and donate