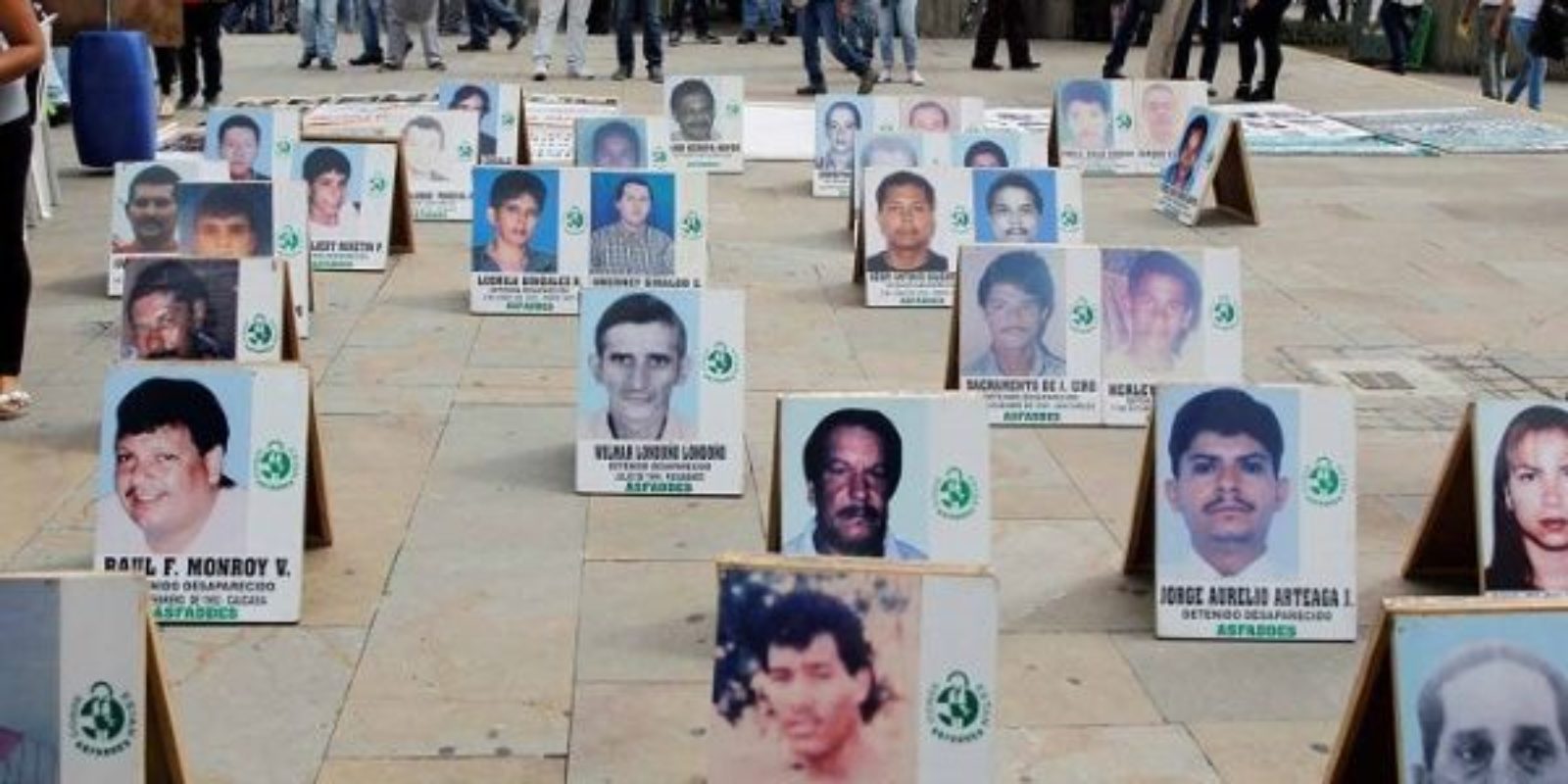 After a decades-long armed conflict, Colombia is now embroiled in a peace process that is nearing its end. Despite the peace negotiations, social leaders and human rights defenders are regularly murdered in the country. As a result it’s becoming increasingly dangerous for Colombians to stand up for democracy, peace and human rights in Colombian society.

By mid-2018, 123 social leaders had already been killed: the majority of them belonged to indigenous or campesino groups, and were engaged in the fight for natural resources and territories. The Tejuntas organization (Tejido Juvenil Nacional Transformando a la Sociedad) is taking action. Founded in 2011, the group is the result of a meeting of around 300 young people in Marinilla, all of whom wanted to fight for democracy and peace.

The aim of the action “La paz está en rojo” (Peace is colored red) is to raise awareness of this desperate situation, and demand that human rights be respected in the country. The conflict situation renders any democratic process of peace and social justice in Colombia impossible. The justice system makes no effort to adequately investigate the murders.

To generate media attention, the activists are taking direct action in the public space of Medellín, in a very creative way. They’re making dolls that are clearly recognizable as social leaders, and hanging them on traffic lights throughout the city. This way they reach the millions of people who pass these traffic lights every day.

This is part of a national campaign called “Ser Líder Social No Es un Delito” (It is not a crime to be a social leader). Taking action against these tragic crimes is desperately needed. According to a study conducted by the National Consulting Center and Consultancy for Human Rights and Displacement, between January 2016 and June 2018 no fewer than 311 people were killed for their commitment to human rights and peace. Het Actiefonds supports Tejuntas, because social leaders and human rights defenders must be free and safe to do their important work!