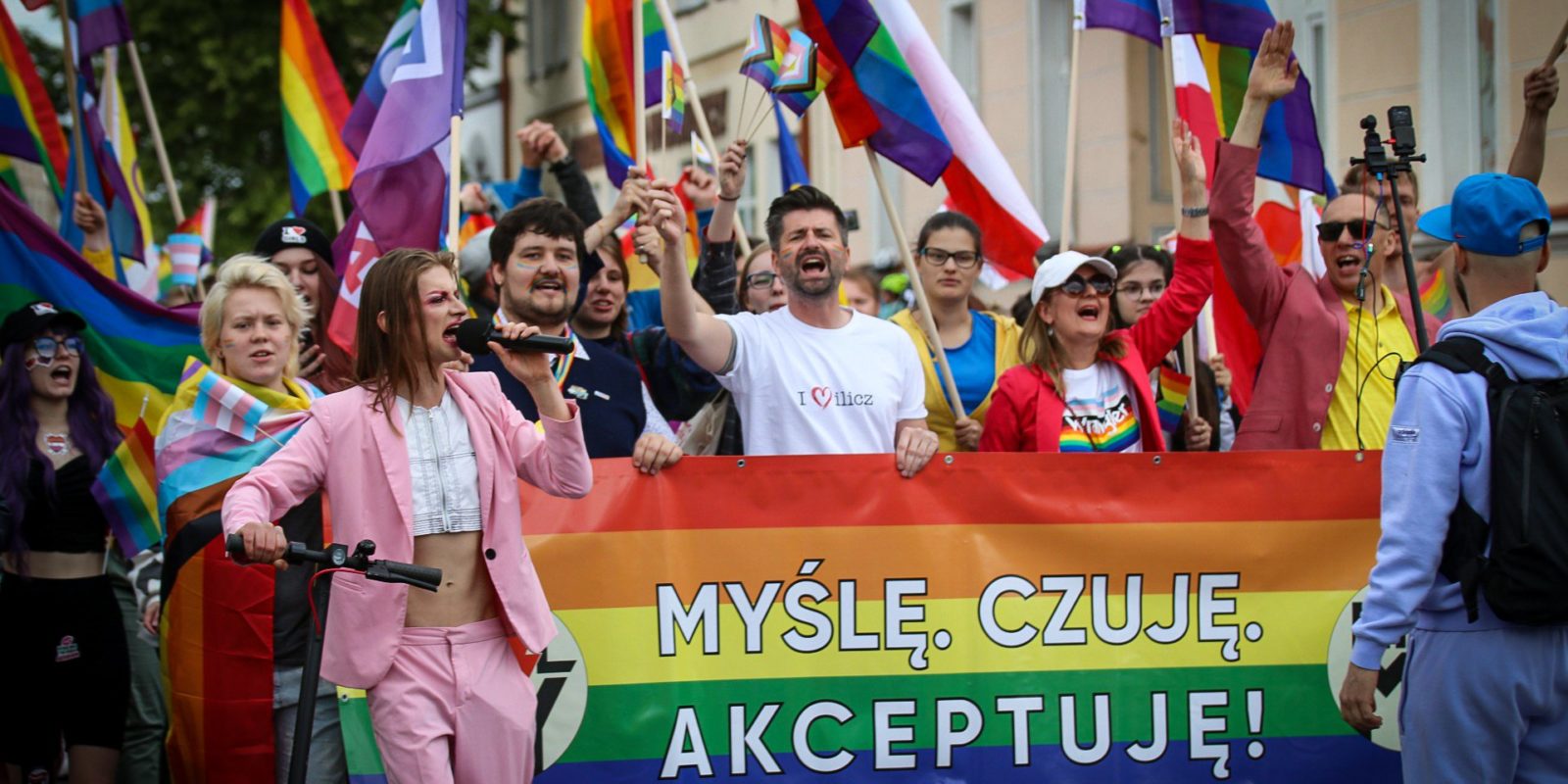 Queerness in the Polish streets

The smallest LGBT Parade of Poland was a big succes!

The very first LGBTQI+ Parade organized in Milicz was a big hit, and many more will follow!

In May 2022, over 250 people took to the streets of Milicz, Poland, for more tolerance towards the local LGBTQI+ community.  In recent years, the Polish ruling party and the Polish president have been leading a campaign against the LGBTQI+ community, together with the Catholic Church. This resulted in an increase of hate speech, physical violence and even the establishment of so-called “NO LGBT-zones” in several Polish cities, and the increase of suicidal thoughts and tendencies among young LGBTQI+ people in Poland. Myślmy organised this first parade in Milicz to both show support to the local LGBTQI+ community and to strive for queer liberation in the region and the local government.

Myślmy – “Let’s Think” in English – is an association working on diverse topics, all having to do with human rights – from fighting against restricting abortion laws to the humanitarian disaster at the Polis-Bellarusian border. Not associated to any political party, they form an independent group of volunteers. With a strong belief in local change through local commitment, they organise workshops, cultural events, protests.

And now also this LGBTQI+ Parade that they plan to organise every year, because it was a big success. Under the banner of “Myślę-czuję-akcpetuję” (which means “I think, I feel, I accept”), the Parade brought together people from Milicz and other Polish cities. With the help of Het Actiefonds, the Parade was a fun and safe event. The speeches, the music, the samba band, the beautiful artwork and the extra safety guards made the Parade an event to look forward to every year, to celebrate the LGBTQI+ community in Milicz, Poland and throughout world. Watch the video of the event here, or read more about it here in Gay Times. Because everyone deserves to love and be in peace.

Support the project ‘ACTION • LGBTQIA+ Parade in Milicz’ and donate