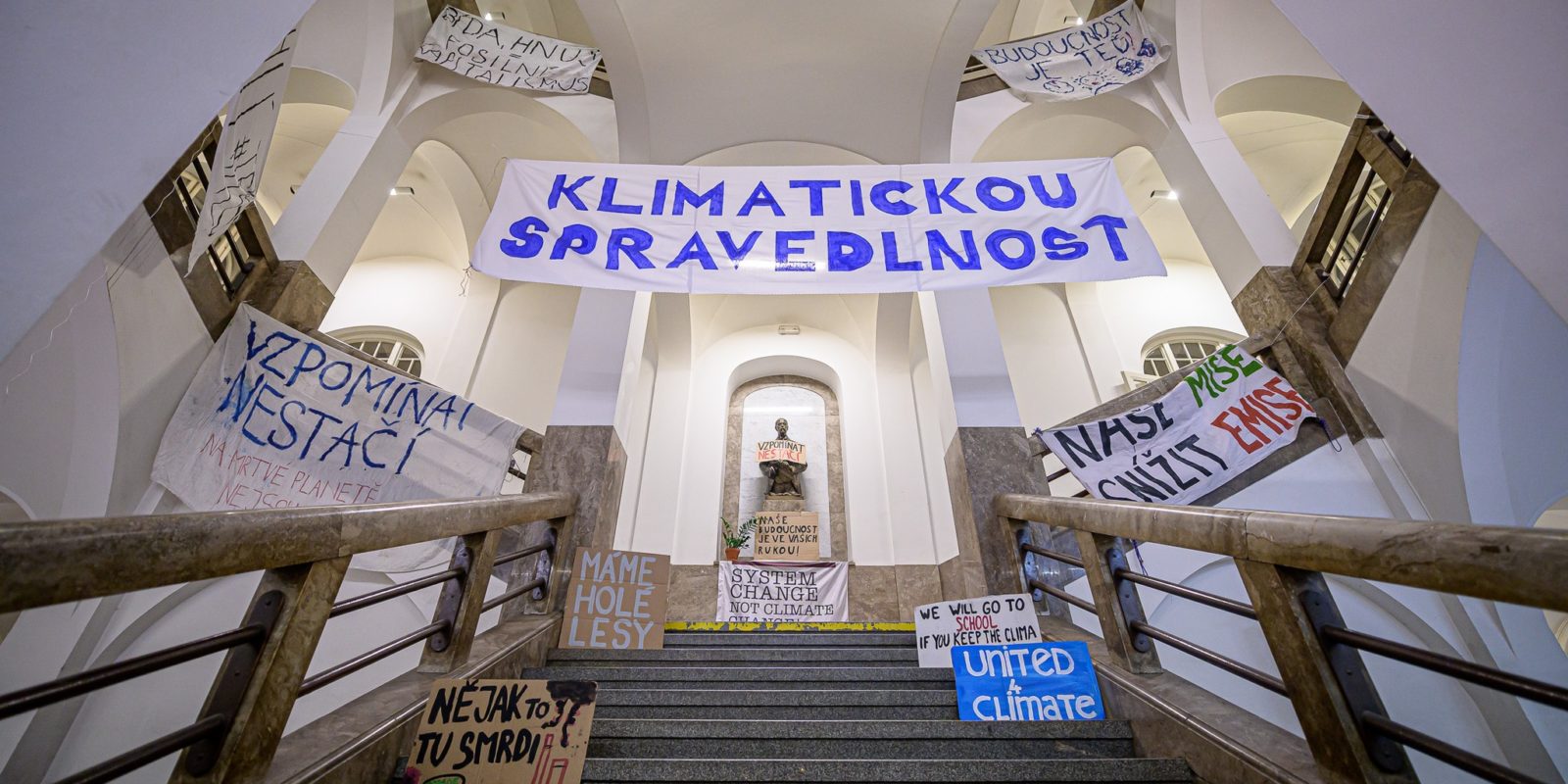 "We are not just students, we are a climate movement!"

A 4 day occupation of 11 universtities in the Czech Republic in the struggle against climate change, as a part of the global movement End Fossil: Occupy.

All over the Czech Republic, students from Univerzity za klima occupied university buildings in the struggle against climate change. The strike is part of the global movement End Fossil: Occupy.

End Fossil: Occupy is a climate justice movement, occupying hundreds of schools and universities all over the world between September and December 2022. They will not give in until they achieve the end of the fossil fuel era!
Het Actiefonds supports several actions withing this movement and stands in solidarity with all occupation of End Fossil: Occupy. Het Actiefonds supported this action and the actions in the Netherlands.

Occupations in the Czech Republic

Univerzity Za Klima was founded in the spring of 2019 in response to the Fridays for
Future wave of high school climate strikes. They try to bring together students, members of the academic community and workers who are not indifferent to the future of the planet we live on. They see universities as important institutions that should set an example for social change and climate justice.

17 faculties in 11 universities were occupied from November 14th to November 17th 2022. The students, joinded by teachers, academics and other sympatisants demanded the university and the government to take concrete steps in the struggle against climate change as soon as possible in a time of multiple crisis.

During the occuption, alternative programs, workshops, lectures and film screenings were organised by the students, joined by professors who changed their courses into lectures about climate change. Sleeping quarters and an action kitchen were organised as well.

The actions took place in Prague, Brno, Ústí nad Labem, Hradec Králové and Olomouc. On the last day, the students organised a demonstration. In Brno, the students marched to the Faculty of Law of Masaryk University, to demand the end of the cooperation between the universtiy and Energetický a průmyslový holding (EPH), the largest energy group in Central Europe. In Prague, the students met with Prime Minister Petr Fiala and handed over their demands at the Government Office.

Het Actiefonds is proud to have supported this occupation and will continue to support the stuggle against climate change and stands in solidarity with all End Fossil: Occupy actions.