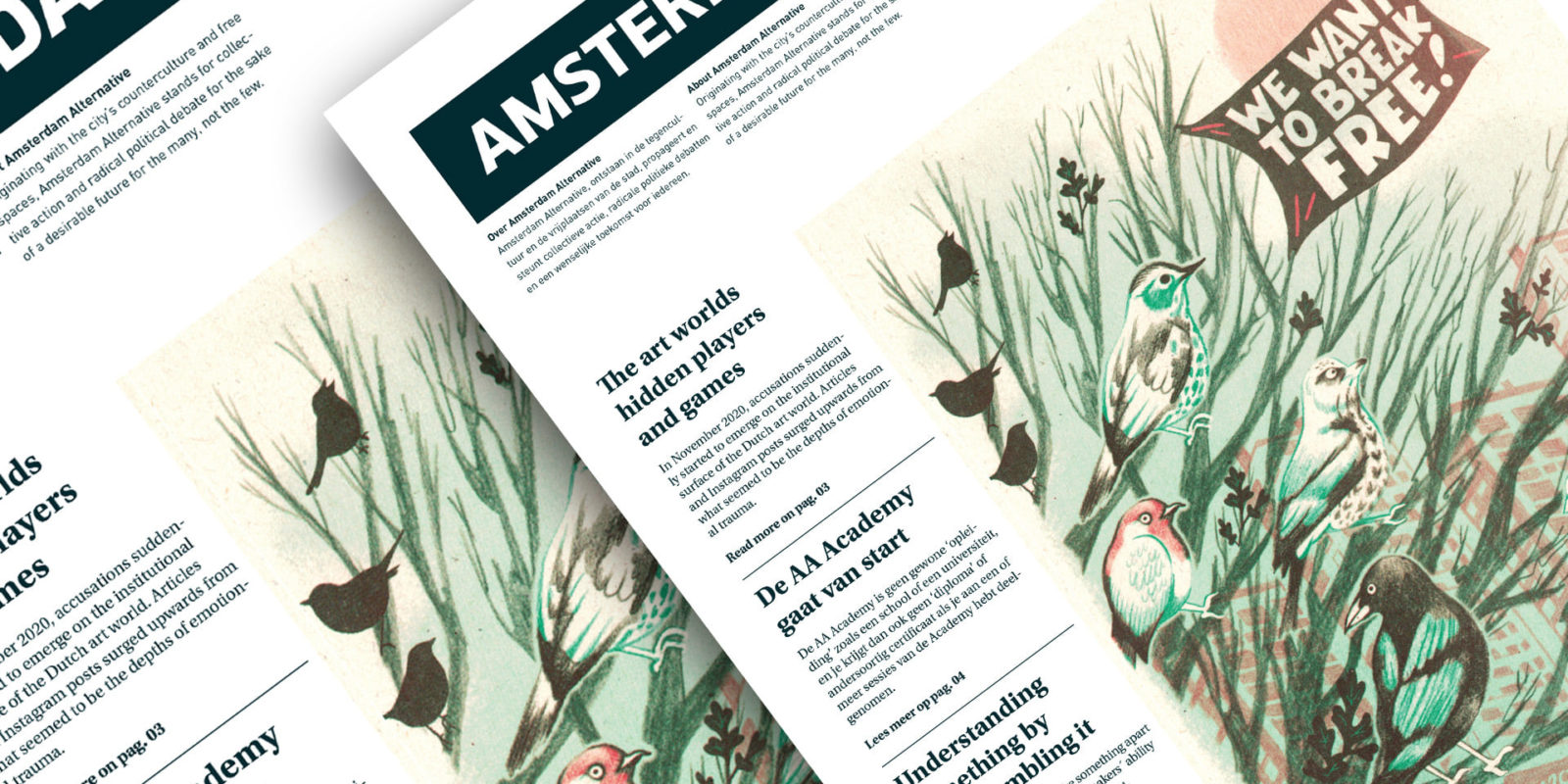 A City For All

Amsterdam Alternative stands for free, autonomous spaces in the city. For collective action, radical political debates and a sustainable and inclusive future for all.

Amsterdam Alternative is a bi-monthly newspaper distributed throughout Amsterdam (for free). The collective wants to publish their next issue (March-April) in a higher circulation and distribute it house to house. In this issue – called ‘The City of Solidarity – the political program of the so-called “left” Amsterdam city council is evaluated.

“A lot has been promised but little has been delivered,” says Amsterdam Alternative. With their newspaper, the group wants to offer a counterweight to the growing right-wing propaganda, also in the context of the upcoming parliamentary elections.

Amsterdam Alternative was founded in 2015 and wants to call for action by publishing articles. Themes and subjects are gentrification, housing, climate, sustainability, (anarchist) activism, squatting, collectivity and solidarity. The group is also setting up a so-called AA Academy: an initiative to to look at certain social problems in a group context and to try and find creative solutions for them. In addition, the collective property project “Vrij Beton” (“Free Concrete”) will start this year. The aim of Vrij Beton is to collect money to buy buildings together: collective properties that may serve as new free places. These can offer a permanent space for experiments and alternative concepts that do not fit in the current commercial circuit, because they are not driven by making profit.

With this special high-circulation edition of the newspaper, the AA collective wants to ensure that a large group of people is reached. They want to inspire people and make them aware that there is more than the commercial mainstream, the hollowed-out neoliberal system and the misleading (extreme) right-wing alternatives to it.

“We argue for diversity instead of a monoculture for the highly educated with a lot of money. We believe in the power of the collective and we propagate that in all our activities. ”