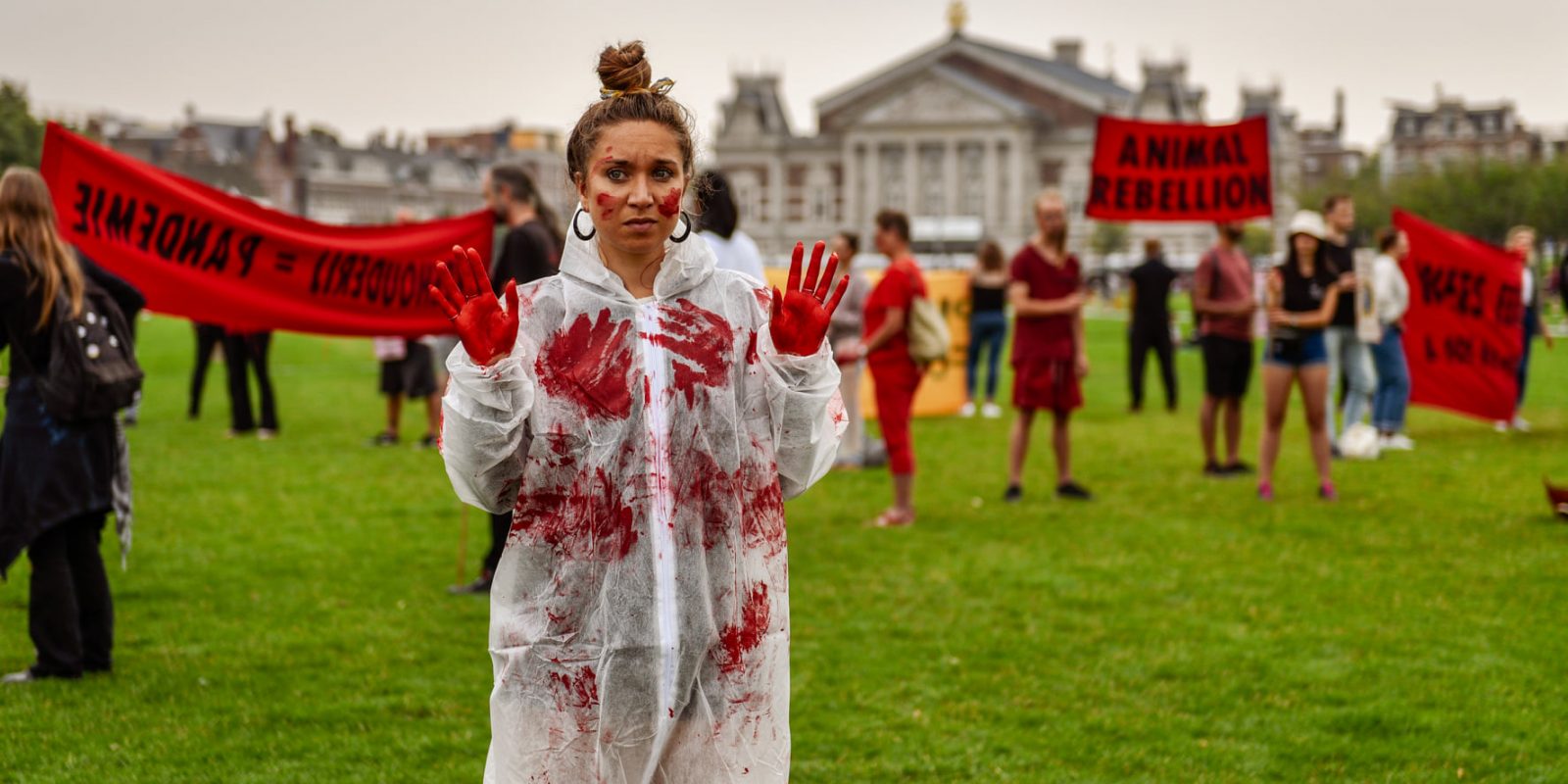 Animal Rebellion demands the government to tell the truth about the climate crisis and the ecological disaster we're facing.

Getting the whole world to eat plant-based is the ultimate goal of action group Animal Rebellion. Through various actions, they address the major environmental and health problems of intensive animal agriculture.

Last month, Animal Rebellion reached a large audience through their actions. The worldwide action ‘Blood on your Hands’ has not gone unnoticed. In various cities they had the water of large fountains colored red by (biodegradable) paint. The red water symbolizes the blood on the hands of governments due to actively facilitating and promoting large-scale animal agriculture. The action was carried out in London, Toronto, Adelaide, Barcelona and Amsterdam, among others.

In addition, a protest was held last week on the Museumplein in Amsterdam. The participants were equipped with large banners and colored smoke torches, and had fake blood smeared all over their hands and clothes to reinforce the message.

In addition to the cruel exploitation of animals and catastrophic environmental impacts, the organization emphasizes the urgency regarding our public health in a statement on COVID-19:

“It is time for the government to tell the truth about the cause of this public health crisis and the ecological emergency we are in. If we continue to exploit animals in the current way, the next pandemic is inevitable. We have to change course. We deserve a healthy planet. And we have the knowledge and capabilities to achieve that if we act now. “