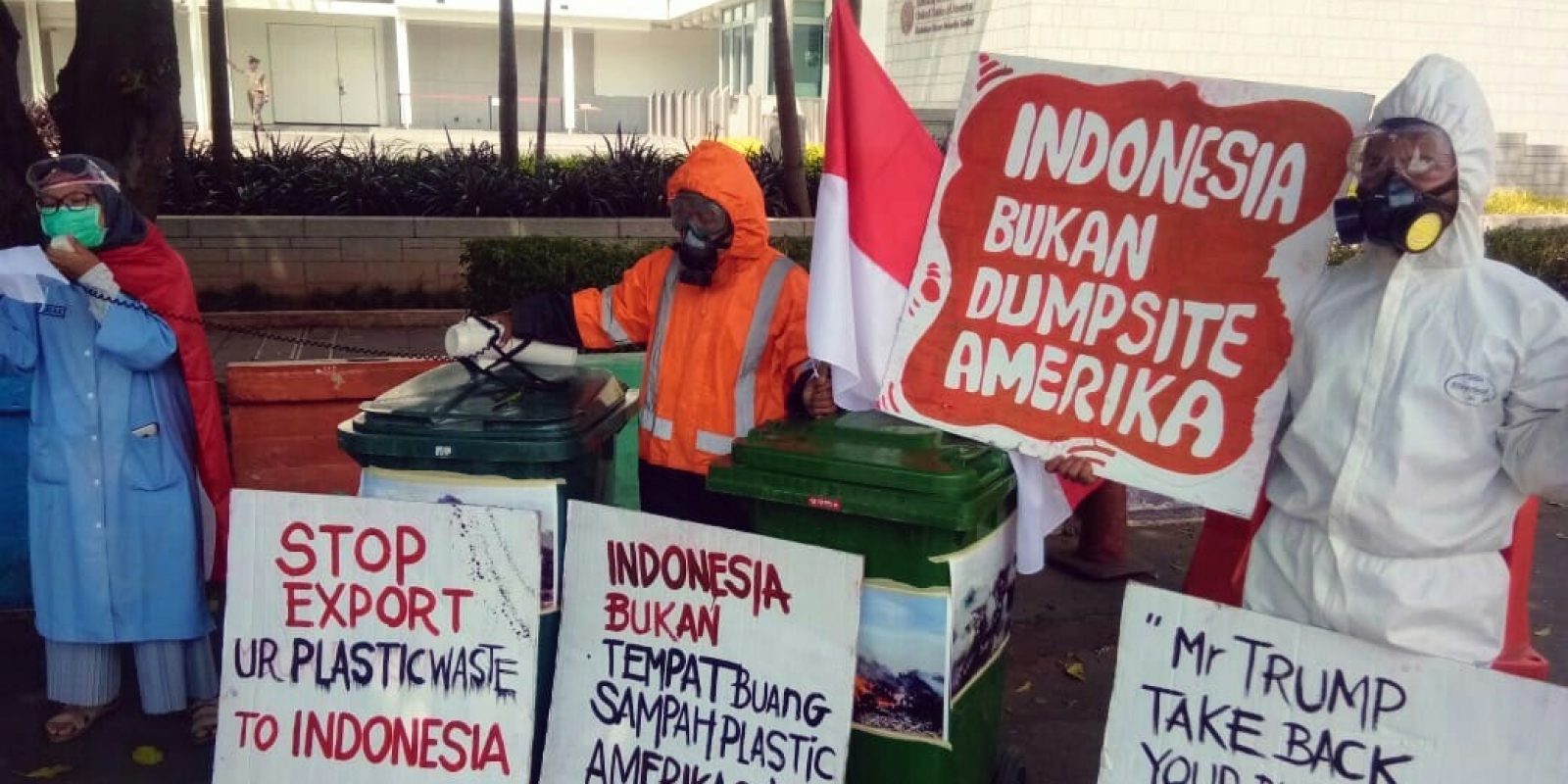 Activists of the group Ecoton are building a plastic fish to demonstrate against plastic waste in rivers Indonesia.

In 1996, a group of activists and ecologists started the collective Ecoton, out of their concerns about the pollution of Indonesian rivers. The group is involved in research and develops educational programs to educate a wider audience about the dangers of polluted rivers in Indonesia. The primary focus of Ecoton is the river Brantas in East Java.

Despite the fact that the Indonesian government has adopted a law that prohibits importing plastic waste, the Indonesian state continues to import ‘paper’ bales from rich countries. Most of the imported plastic waste that is imported is either burned or dumped. As a result of this illegal dumping most – if not all – rivers in Indonesia are polluted with plastic. Research of Ecoton shows that 80% of the fish in the Brantas River have plastic in their stomachs.

To demonstrate against the plastic waste import and the dumping of plastic Ecoton is building a big fish statue from the plastic found in the Brantas River. They will use this creative construction at their demonstrations at the Ministry of Commerce and the Ministry of Industry. Furthermore, Ecoton is planning to make a film about their project to display at universities and other public spaces to educate a wider audience about the contamination of rivers in Indonesia.