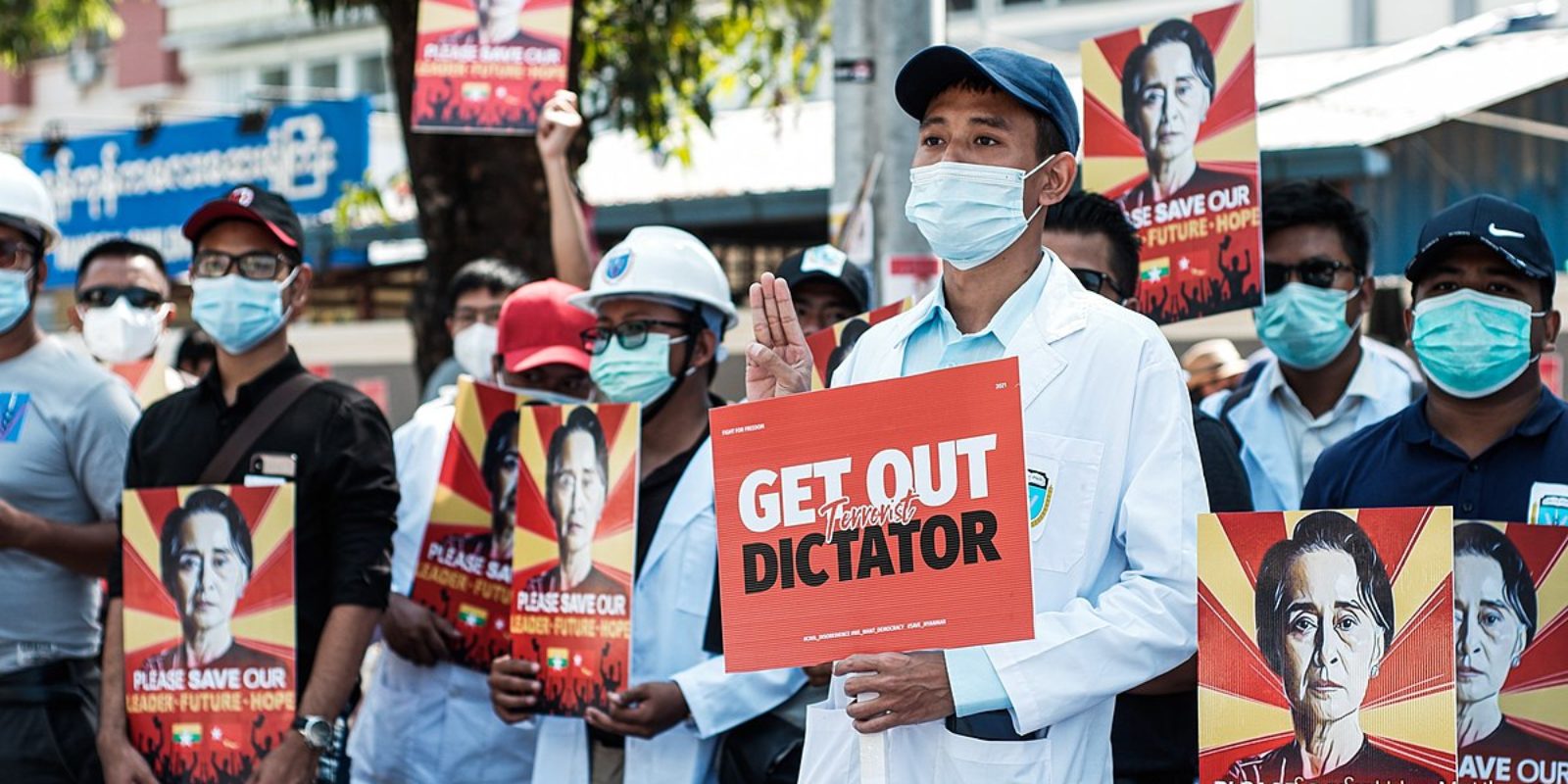 March 2021 || Myanmar’s residents have suffered a military coup since February 1. Throughout the country, strong civil protest movements are rising to turn against the violent army regime.

Since February 1, Myanmar has declared a state of national emergency following a merciless military coup. Government leader Aung San Kuu Kyi and associates were arrested, pushing the hope of a future democratic society into the background.

Throughout the country, strong protest movements turn against the brutal regime of the army. The military is trying to maintain their power by arresting and torturing political activists, students and youth involved in the protests. Violence is not shunned; guns, tear gas, water cannons and physical violence are frequently used. Detainees are kicked, beaten and shot. Over 60 protesters have been murdered and thousands are arrested in an attempt to weaken the movement, according to the Assistance Association for Political Prisoners advocacy group.

The military and police have targeted political and social organizations, activists and news media. Telephone, internet and some television channels are constantly shut down, making news about the situation in the country difficult to access.

In addition to the protests, a major strike action by the Civil Disobedience Movement has largely halted public life. Meanwhile, military oppression is intensifying. The concurrent arrests of prominent political activists and human rights defenders sends a chilling message that the military authorities will not tolerate any dissent amid today’s unfolding events.

To ensure the safety of the protesters, we cannot mention any names of action groups. We can, however, report that we have supported various actions within the protest movement. The financial contribution of Het Actiefonds supports the protesters who take to the streets every day against the violent regime and fight for their freedom.

Want to help support the protest movement against the coup in Myanmar? You can donate via the form below, every extra donation helps!