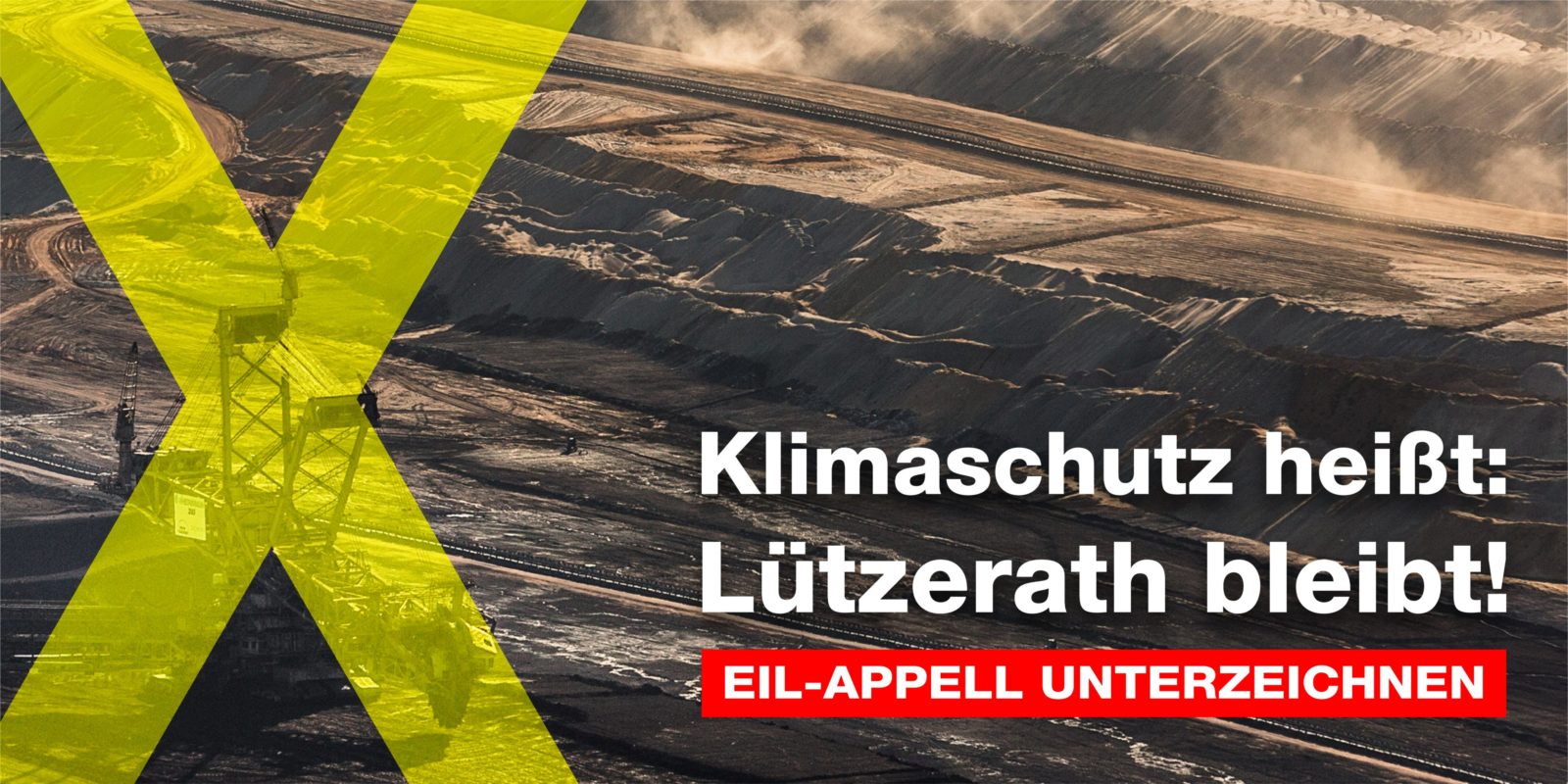 Germany claims to be making a green transition, but meanwhile villages like Lützerath have to make way to accommodate the expanding lignite mines in the Rhineland. If Germany really commits to the Paris Accords, there is only one possible outcome: 1.5 degrees means Lützerath stays!

That countries are not living up to their promises in the Paris climate agreement should come as no surprise. But the brazen way in which Germany continues to expand its lignite mines is of a different order. Lignite is still the most important fuel for the German economy, even though it is 33 percent more polluting than black coal and three times as polluting as natural gas. Time and again the German government comes up with initiatives to reduce mining activities, but in reality the mines are only expanding.

If you travel by car through the German Rhineland, you can marvel at the enormous craters that dominate the landscape. The holes are so deep and large that for a moment you imagine you are on another planet. You see only dust and stone as far as the eye can see. The Garzweiler mine, for example, has an area of 48 square kilometers, twice the size of the city of Leiden. And that’s not even the largest. Right next door is the Hambach mine, with its 85 square kilometers one of the largest lignite mines in Europe.

Together these two mines are already responsible for 75 million tons of CO2 emissions per year. By comparison, that’s about half of the annual emissions of the Netherlands. Half. And if it’s up to the energy company RWE, that number won’t be going down anytime soon.

The last inhabitant of Lützerath

When Eckardt Heukamp walked out of his house this September, he was greeted by a ghost town. All the houses in his village of Lützerath are empty, bought up by RWE to wipe the village off the map in its quest for obsolete fossil fuels. The huge excavator gets closer every day. Six other villages preceded Lützerath. Where these villages once stood, the Garzweiler II mine is now to be built. Heukamp knows he won’t be able to stay in Lützerath for long. “They won’t dig around me” Heukamp tells the German magazine Taz: “the state has the power”.

In total, between 2015 and 2028, as many as 7618 residents of neighboring villages must make way for Garzweiler II. This is incompatible with Germany’s plans to permanently close its coal mines by 2045. Non-profit research firm DIW has already calculated that RWE can mine a maximum of 200 million tons of lignite in Hambach and Garzweiler II to stay within the Paris climate agreement, even though RWE plans to mine 780 million tons.

The emissions cannot be accounted for, let alone the eviction of residents. “It took me a lot of effort emotionally to leave Borschemich, fifteen years is quite something,” Heukamp says. Borschemich was one of the villages that had to make way for RWE. A video on Youtube shows how an excavator scraped the 400-year-old village church from the landscape. Heukamp moved to his native village, where the same fate now awaits him. “It’s even more intense here, because I grew up here too.”

One and a half degrees means: Lützerath stays!

As quiet as Lützerath was two months ago, that’s how booming it is now. Heukamp’s eviction was scheduled for this September, but he’s still there. With the help of activists from all over the world and people from the neighborhood, he is resisting the brutal expropriation policy of RWE and the German government. The activists have declared a ZAD (zone à défendre) on his land, an occupied area against development projects, from where they organize actions to occupy the mine, and create spaces for networking between activists and local residents.

For now, the authorities are not succeeding in clearing Lützerath. Het Actiefonds is proud to support the campaign to preserve Lützerath. With our help, the occupiers are building huts in the trees and on the ground so that the occupation can continue for as long as possible. Lützerath stays!