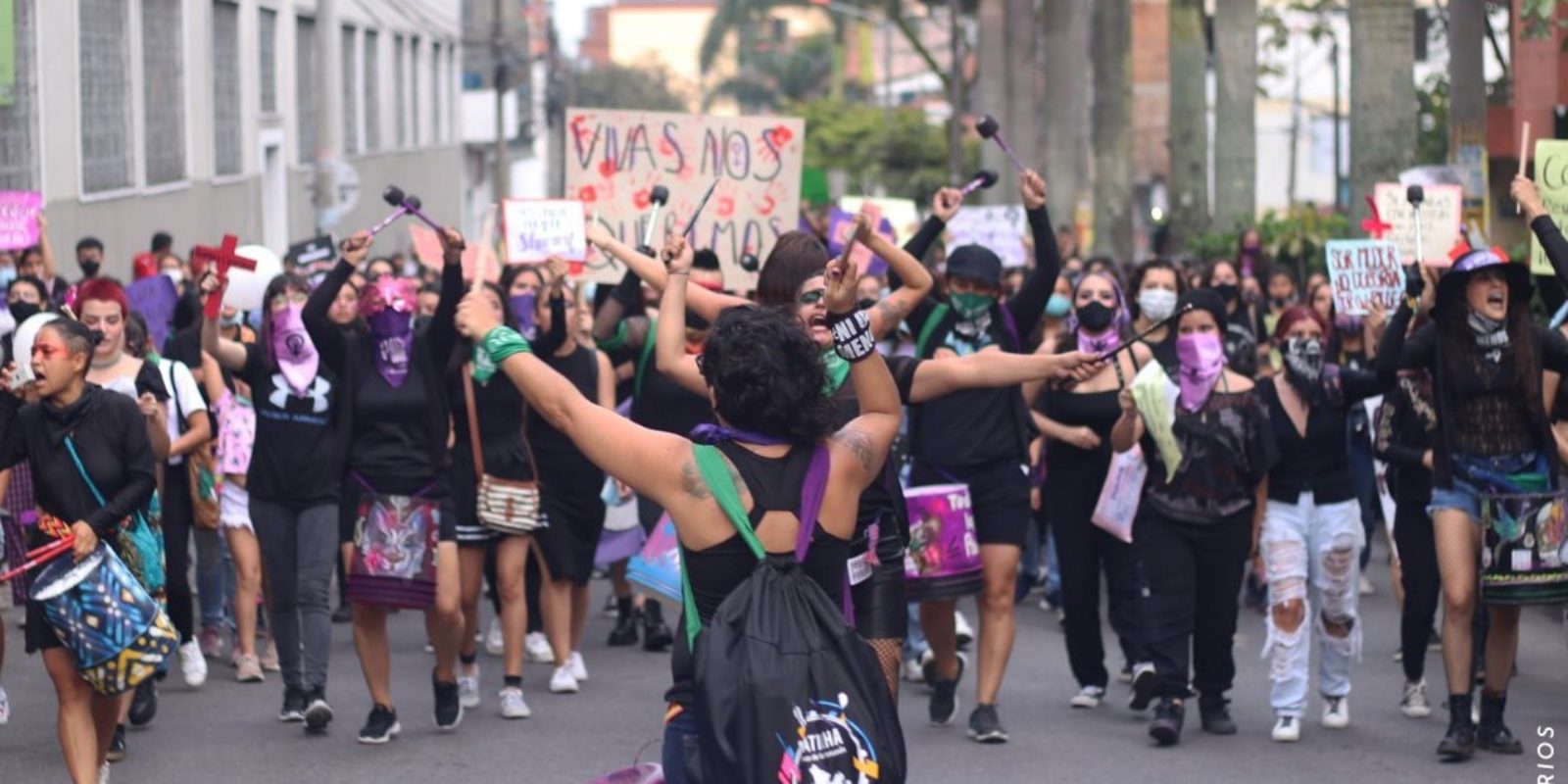 Percussion group ‘Matilha Paganas de la Percusión’ contributes to the wave of social unrest in Colombia with a feminist perspective.

In Ibagué, Colombia, a group of activists stands up for women’s rights with the creation of a ‘batucada feminista’ (feminist percussion group). With this feminist percussion group, they want to support the social movement that has erupted in April this year, after large-scale protests broke out in Colombia against social inequality.

The group Matilha Paganas de la Percusión has been active for a couple of years and has fought for the legalization of abortion in South America, called out femicide and gender-based violence and stood up against the stigmatization of social protests in general. To provoke, and quite literally, create more noise during their protests, they are starting a South American percussion group, or, batucada. They see their percussion group as a form of artivism and, when played by a militant group of women, as a strong sign of resistance against the colonial and patriarchal system of repression.

With the help of Het Actiefonds, Matilha Paganas de la Percusión wants to buy professional instruments and organize protests, to contribute to the wave of social unrest that rages through the country since April this year. Through sit-ins, protest marches, and flashmobs, they contribute to this social fight from a feminist perspective.