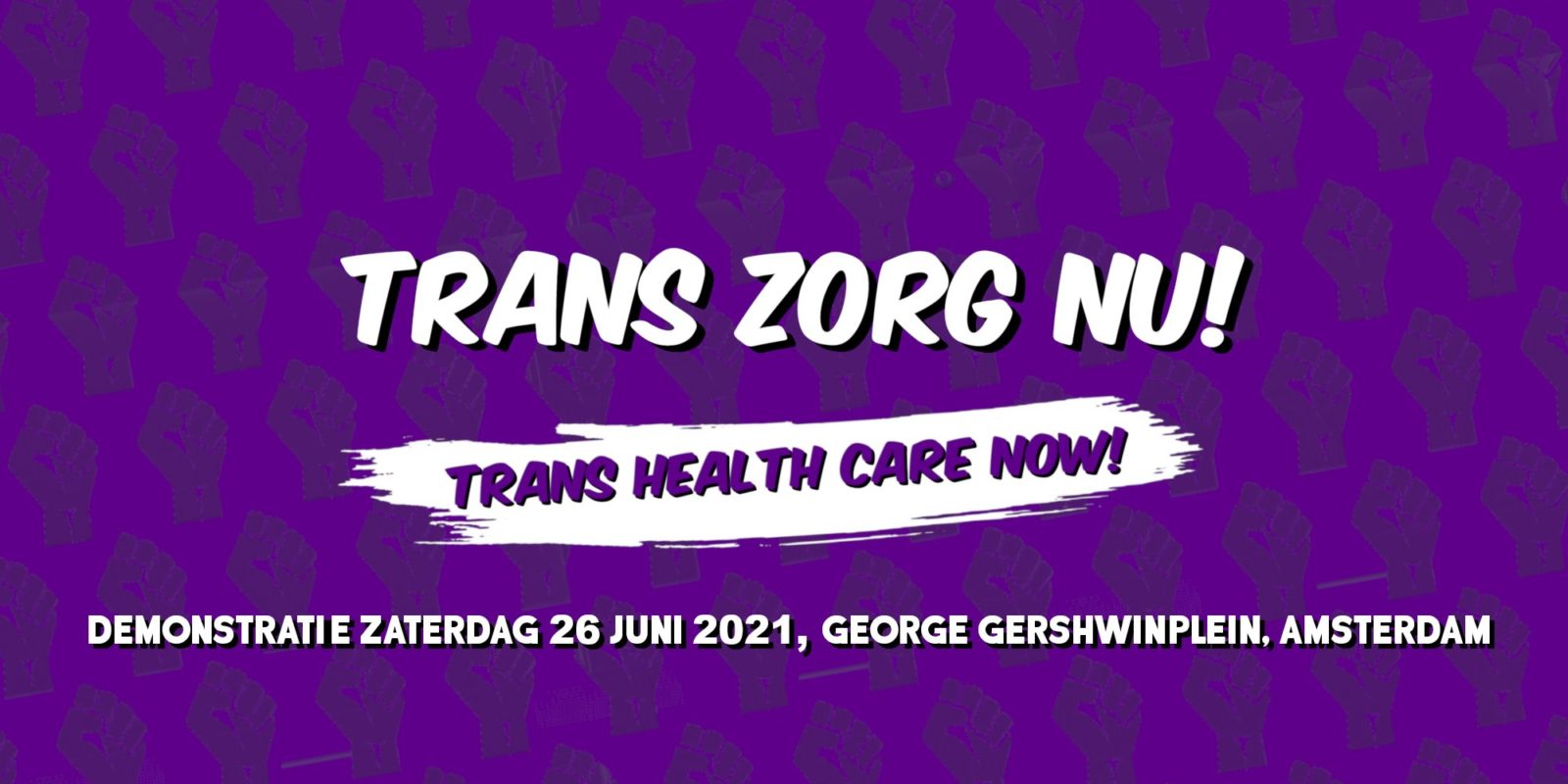 The Netherlands, the country that likes to identify itself as progressive when it comes to the acceptance and emancipation of the LGBTQIAP community,  is coping with a terribly outdated transgender healthcare system. Trans Zorg Nu! brings attention to the issues within transgender health care and demands a quick modernization and more inclusive policy.

At the VUMC (A-UMC) gender team in Amsterdam, patients are facing long waiting lists, outdated and humiliating diagnosing procedures, ignorance, and abuse of power. Transgenders are taken less seriously when they don’t fit within the standard healthcare policy, because they identify as non-binary, or are struggling with autism or depression. Who wants to transition is forced to comply with the outdated image that doctors have from transgenders.

Trans Zorg Nu! demands improvement and organizes a protest march on Saturday the 26th of June, from the George Gershwinplein to the Olympic Stadium, past the gender clinic of the VUMC. There will be speeches and the following demands will be communicated: