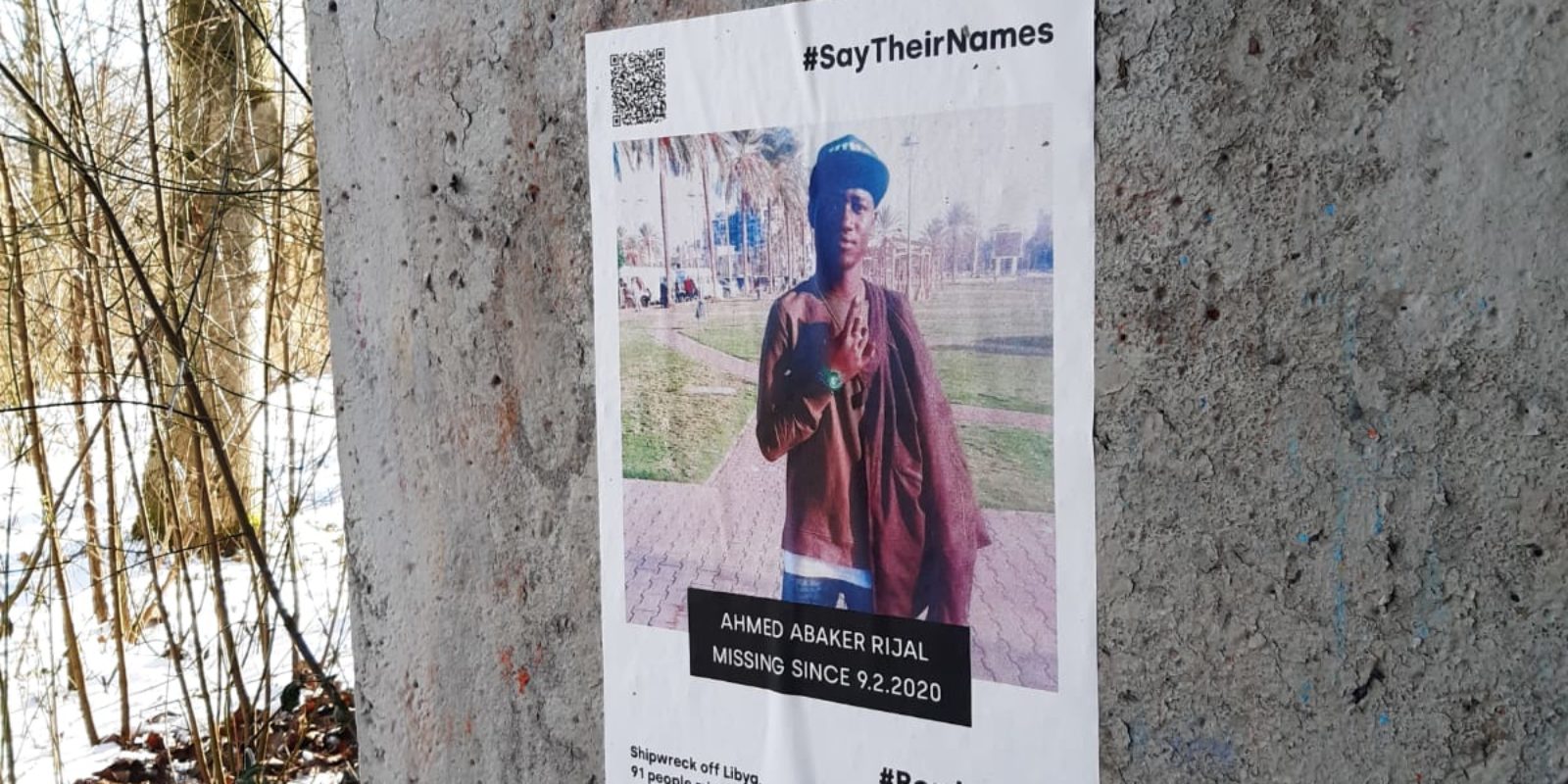 On 9 February 2020, the Alarm Phone received a call from a boat in distress with 91 people on board just off the coast of Lybia. They received the gps coordinates and passed them on to rescue services from Italy and Malta and of course insisted on search and rescue. However the 91 people were not rescued and no one has heard from them since.

On the 17th of February 2020, the Alarm Phone sent an open letter to RCC Malta, MRCC Italy, authorities in Libya, Frontex, UNHCR, IOM, Moonbird and Aita Mari in order to request information about the potential shipwreck of a rubber boat with 91 people on board. The Alarm Phone have not received any reaction or information from relevant state and EU authorities.

In contrast to this institutional silence, several relatives and friends of the missing have been in regular contact with the Alarm Phone. They have collected several testimonies from friends and relatives, including names and pictures of the missing people, who all embarked on a black rubber boat in Garabulli, Libya, on the night between 8 and 9 of February 2020.

Posters through the city
Alarm Phone wants to draw attention to this horrible event with a confronting poster campaign. They want to denounce the continuing deadly situation in the Mediterranean and the continued inactivity and silence of the authorities. The posters feature pictures and names of the missing people, a QR code that can be scanned for more information on the subject as well as family testimonies. The posters are distributed by various action groups in the Netherlands, in different cities in public spaces. In addition, Alarm Phone makes a video in which activists mention the names of the missing people and in which they demand answers from the authorities.

SOS-calls
Watch The Med Alarm Phone was initiated in October 2014 by activist networks and civil society actors in Europe and Northern Africa. The project established a self-organized hotline for refugees in distress in the Mediterranean Sea. Their main objective is to offer boat people in distress an additional option to make their SOS noticeable. The Alarm Phone documents the situation, informs the coastguards, and, when necessary, mobilises additional rescue support in real-time. This way, they can, at least to a certain extent, put pressure on the responsible rescue entities to avert push- backs and other forms of human rights violations against refugees and migrants at sea.

On February 9 this year, the victims and their families were commemorated. In solidarity with all refugees worldwide. #BordersKill

Read more about Watch The Med Alarm Phone on their website.

Support the project ‘ACTION • Say Their Names’ and donate