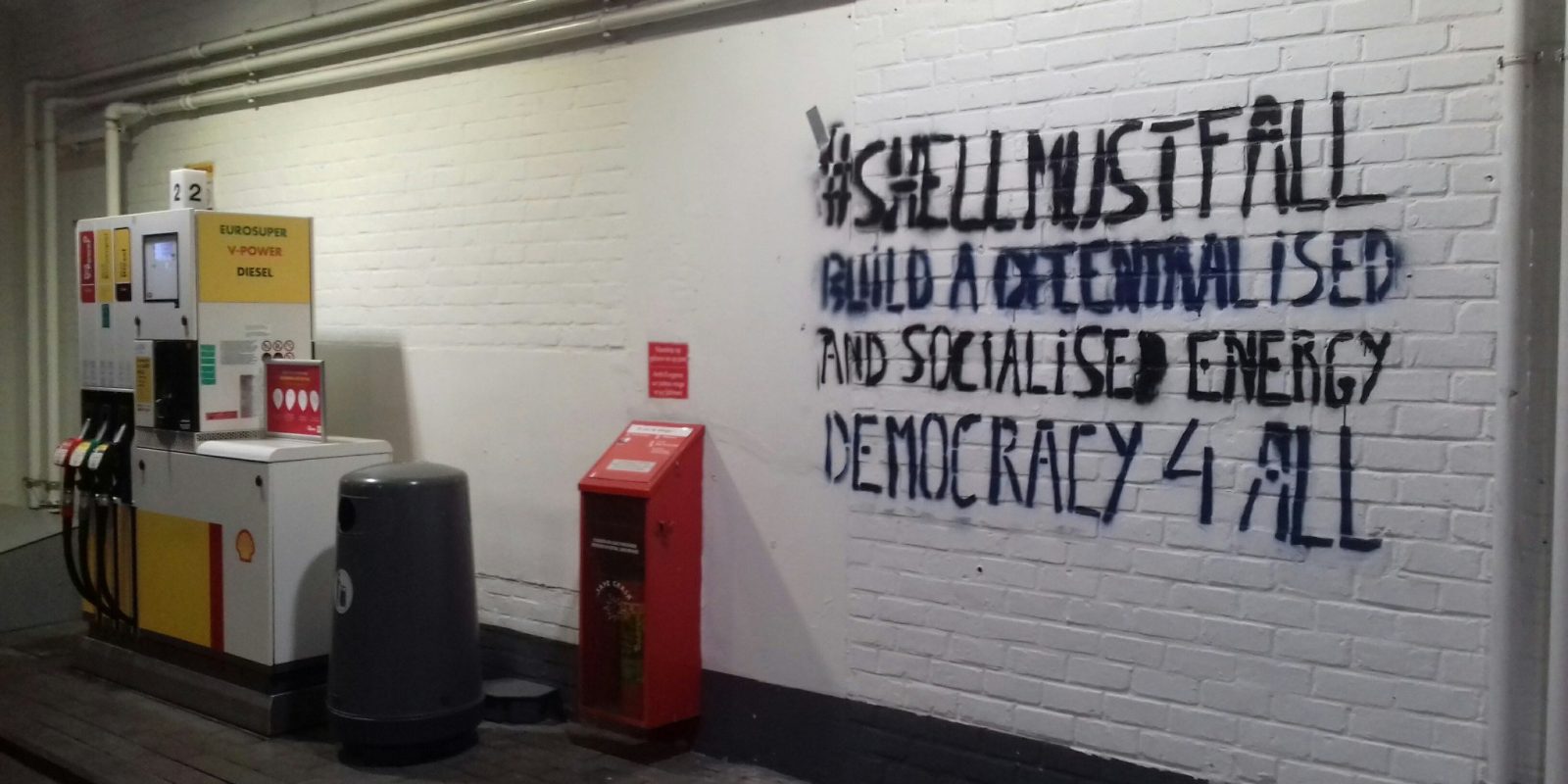 May 2020 || Shell Must Fall demands dismantling of climate wrecker Shell

The Shell shareholders’ meeting took place in The Hague on 19 May 2020. Code Rood did not let that pass unnoticed.

With the Shell Must Fall campaign, Code Rood takes action against companies responsible for extracting, transporting and burning fossil fuels. In addition, they are taking action against governments that allow this to happen freely. The activists demand the public dismantling of Shell, because the company continues to opt for profit at the expense of the climate, nature and human lives.

The municipality of The Hague had limited the beforehand announced protest at the Shell head office to just 30 people, regarding the coronavirus measures. The organization has lodged an objection against this with the preliminary relief judge, but unfortunately lost the case. An appeal procedure against this decision is currently pending. There is a real danger that the right of demonstration will be infringed under the guise of coronameasures.

In order to give the demonstrators the opportunity to exercise their right of demonstration, the organization organized small demonstrations at two other locations in The Hague: a demonstration against the restriction of the right of demonstration, and one to demonstrate the ties that Shell has with the government. They kept a distance of 1.5 meters and the participants wear mouth masks. The main demonstration took place as planned at the Shell headquarters. There were various speakers and music and Extinction Rebellion gave an artistic performance on Het Plein and Spui.

In addition to the protests in The Hague, actions took place in nine other locations in the Netherlands. Code Rood is pleased that the groups that were planning to come to The Hague, but were unable to do so because of COVID-19, have taken the initiative to take local action themselves. There have also been considerable demonstrations internationally; various actions took place in the Czech Republic, Belgium, Denmark, Portugal and Germany. Gas stations were occupied, banners dropped, bicycle demonstrations organized and petrol hoses chained. The international movement for climate justice is – despite corona – not holding back!

Stay informed of future actions of Code Rood and Shell Must Fall via their website.

Support the project ‘Shell Must Fall’ and donate