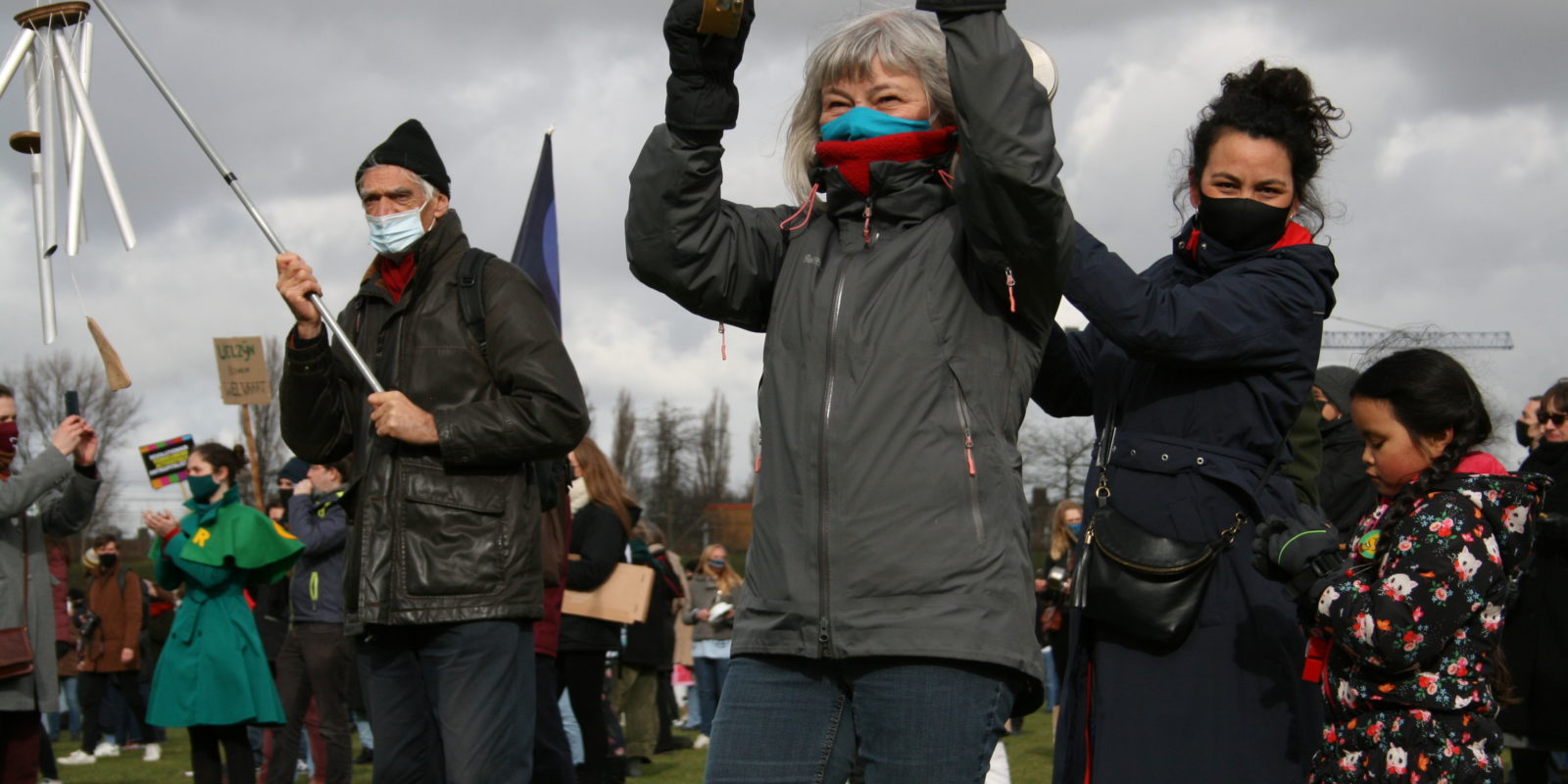 Make noise for the climate!

March 2021 || On March 14th, we rang a climate alarm throughout The Netherlands to draw attention to the growing climate problem and failing climate policy.

After months of preparation the day finally arrived; on March 14, it was time to sound the Climate Alarm throughout the country. That particular Sunday, 35,000 people at 44 locations throughout The Netherlands and thousands of people online rang the alarm for the climate.

The countrywide campaign is an initiative of various organizations, including Milieudefensie, Extinction Rebellion, Greenpeace and Amnesty International. Het Actiefonds supported the large demonstration in Amsterdam. Hundreds of people gathered [on 1.5 meter distance] in the Westerpark to make a lot of noise with pots, pans, bells and whistles to draw attention to the growing climate problem and failing climate policy.

The programme consisted of a large variety of speakers: artists, activists, students and writers shared their visions, sorrow and demands for the future of climate action in the political and personal realm. Just before 3 am, those present at all demonstrations listened to a powerful spoken word speech, after which the sound protest erupted loudly throughout the country. Thousands of activists also participated from home — via Zoom, social media and their own backyards and balconies.

Especially with the recent election results, the need for climate activism is greater than ever. This demonstration brought renewed energy to rise together to bring about change.

Support the project ‘The Climate Alarm’ and donate