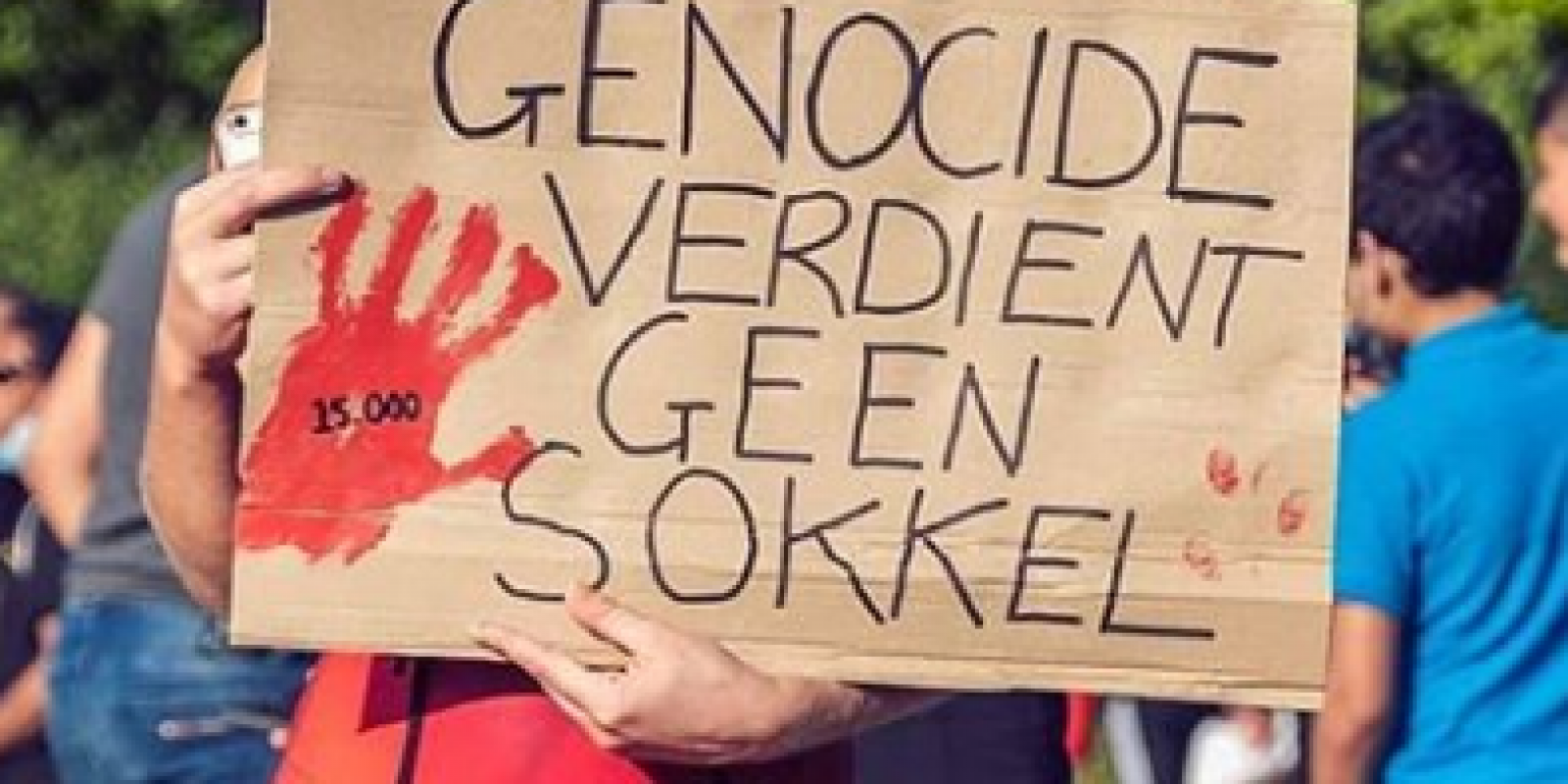 Demonstration for removal of the statue of Jan Pieterszoon Coen

Demonstration for removal of the statue of J.P. Coen in Hoorn, against colonial glorification and racism.

On June 19th 2020, action groups We Promise, Building the Baileo and Dekolonisatie Netwerk voormalig Nederlands Indië organised a peaceful demonstration for the removal of the statue of Jan Pieterszoon Coen in Hoorn. Het Actiefonds supported this demonstration.

J.P. Coen is one of the many controversial VOC leaders and is falsely revered as a national hero. Since 1607 he established a violent trade monopoly in the Indonesian Banda Islands and is responsible for the murder of about 14,000 Bandanese. His nickname “The Slaughterer of Banda” illustrates a painful picture of these atrocities. The city of Hoorn has been campaigning for decades to have this statue removed, but the Municipality of Hoorn continues to maintain it. This demonstration is therefore a continuation of a long struggle against colonial glorification and racism.

Hundreds of protesters gathered last Friday to speak up and request the Municipality of Hoorn to remove this image. Despite some uproar caused by rioters who had nothing to do with the demonstration, the protest has been widely covered in the media. Hopefully this will lead to the eventual realisation of the removal of this statue.

The protests against the statues of controversial ‘heroes’ are an extension of the worldwide Black Lives Matter movement. In the fight against systematic racism, the question arises why Dutch colonialists are still glorified on a pedestal in public space. The fact that the protesters are dealing with so much resistance, proves how the glorification of the Dutch colonial past is still deeply rooted in our society.

Het Actiefonds urges everybody to continue to speak up against racism. This battle is not over yet.