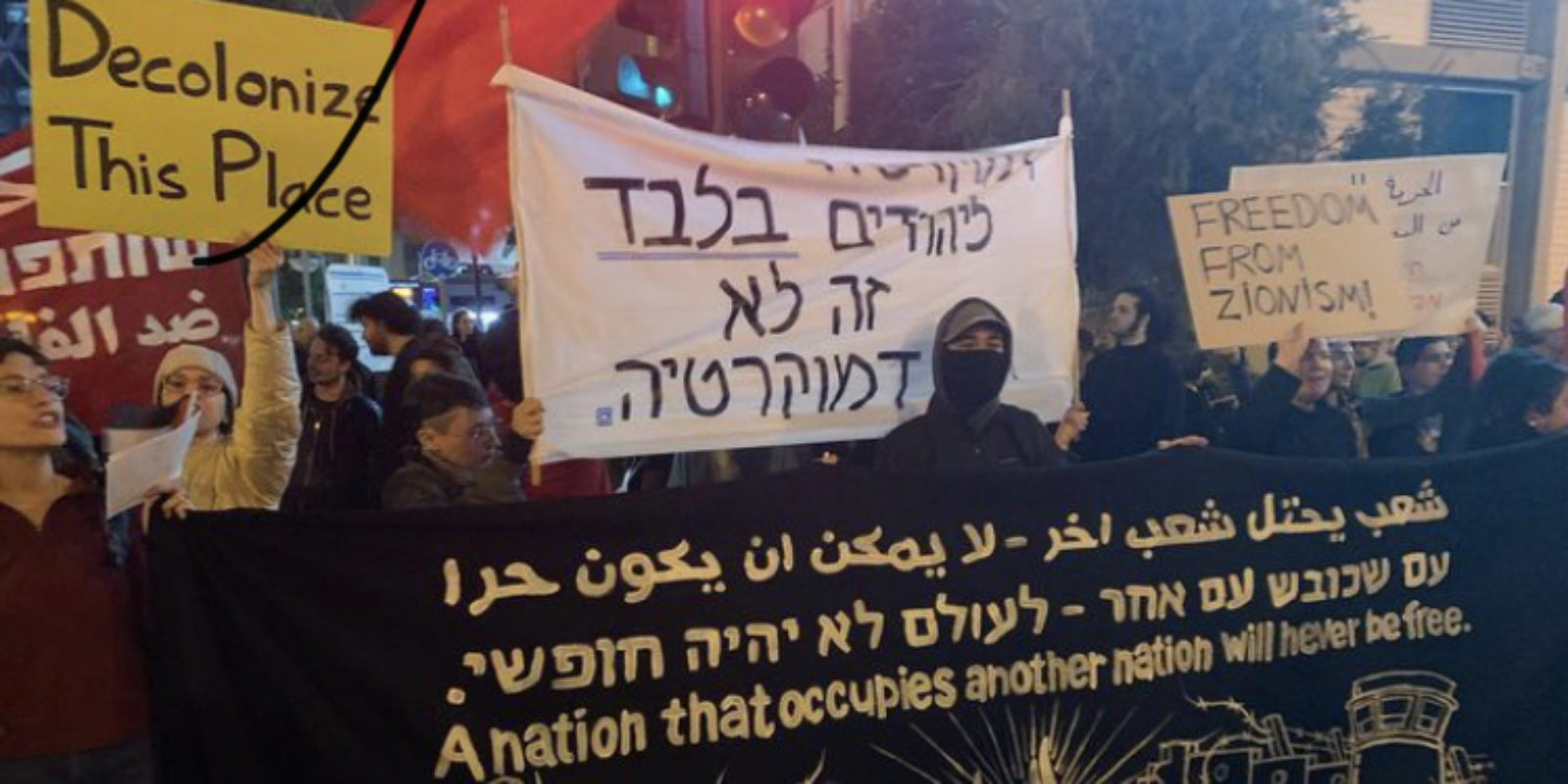 For years, Het Actiefonds has supported various actions on the occupied territories between the Jordan River and the Mediterranean Sea: from conscientious objectors to the recording and disseminating of colonial violence. Just as the most right-wing government in Israel’s history takes office, Het Actiefonds will continue to support those working for freedom and equality in occupied Palestine.

Since the COVID pandemic, Israeli anti-government protests have been a recurring phenomenon. First the protests were about Prime Minister Benjamin Netanyahu’s corruption scandals or draconian pandemic policies. Netanyahu risks 10 years in prison for corruption charges, so he is desperately trying to stay in power to retain immunity. To save his own skin, he even decided to form a coalition with Israel’s far-right parties after the last election.

This monster coalition is the target of the current protests in ’48 territory (which does not include the West Bank, Gaza and East Jerusalem). Many note the dangers of making so many concessions to the far-right religious parties. For example, far-right provocateur Itamar Ben-Gvir has been appointed head of the Israeli police in the West Bank. Multiple human rights organizations already describe the situation in the West Bank and Gaza as apartheid, but if it is up to Ben-Gvir, the colonization of the West Bank is not moving fast enough. He is regularly seen at such sensitive sites as the Temple Mount and Hebron, holy sites for the religions of Abraham, declaring that the area belongs only to Jews.

Additionally, 2022 made for an especially deadly year in the region. 144 Palestinians were killed by the Israeli state in the West Bank alone, the highest number since the Second Intifada of 2004. Meanwhile, 31 Israelis lost their lives to Palestinian resistance fighters, the largest number in seven years.

But increasing violence in the West Bank is not the sole cause for protest. Current demonstrations in the ’48 territory are largely about the attack on the rule of law. The new government wants to make the weak separation of powers in the Israeli state a thing of the past.

The new government’s most controversial plan is to give a minimum majority in parliament the power to override Supreme Court rulings. In practice, this means that the government no longer has to listen to the court, and can introduce laws that go against Israel’s constitutions. The result is unbridled power for the government, which no longer has to answer to anyone. In addition, the government wants the exclusive right to appoint lawmakers and judges, further subordinating the legal branch of the state to politics. Israel risks becoming an illiberal democracy because of the government’s new plans, following the example of Poland and Hungary. The destruction of the justice system may keep Netanyahu out of jail, but it will certainly further isolate the state.

As such, tens of thousands of people are taking to the streets in Tel Aviv, Haifa and other cities. Most of the protesters are doing so out of nationalist sentiment. For example, one lawyer told the Israeli newspaper Haaretz, “my late grandmother came to Israel in 1922 to establish a state. These days they are trying to destroy her life’s work, and I am trying to not let them succeed.”

Still, the demonstrations to protect Israeli democracy must be a strange sight for Palestinians. Those with Israeli passports have endured a tyranny of the majority for decades. Their interests do not align with the vast Jewish majority in ’48, giving them little political power. In East Jerusalem, the West Bank and Gaza, Palestinians do not even have the opportunity to vote.

“They tell me this democracy form of government is a wonderful thing. It has freedom, equality, justice, in short, everything! Since 1937 nobody has talked about anything else (…) The radio, the news papers, and the columnists inside the newspapers, have said how lovely it was. All this talk and praise-giving has got me in the notion to try some of the stuff. All I want to do is to get hold of a sample of the thing, and I declare, I sure will try it. I don’t know for myself, but I have been told that it is really wonderful.”

Maybe Israeli democracy will survive this government. But the country’s fundamental problem remains untouched. A colonial situation is unsustainable, and sooner or later, whether peacefully or violently, it must come to an end.