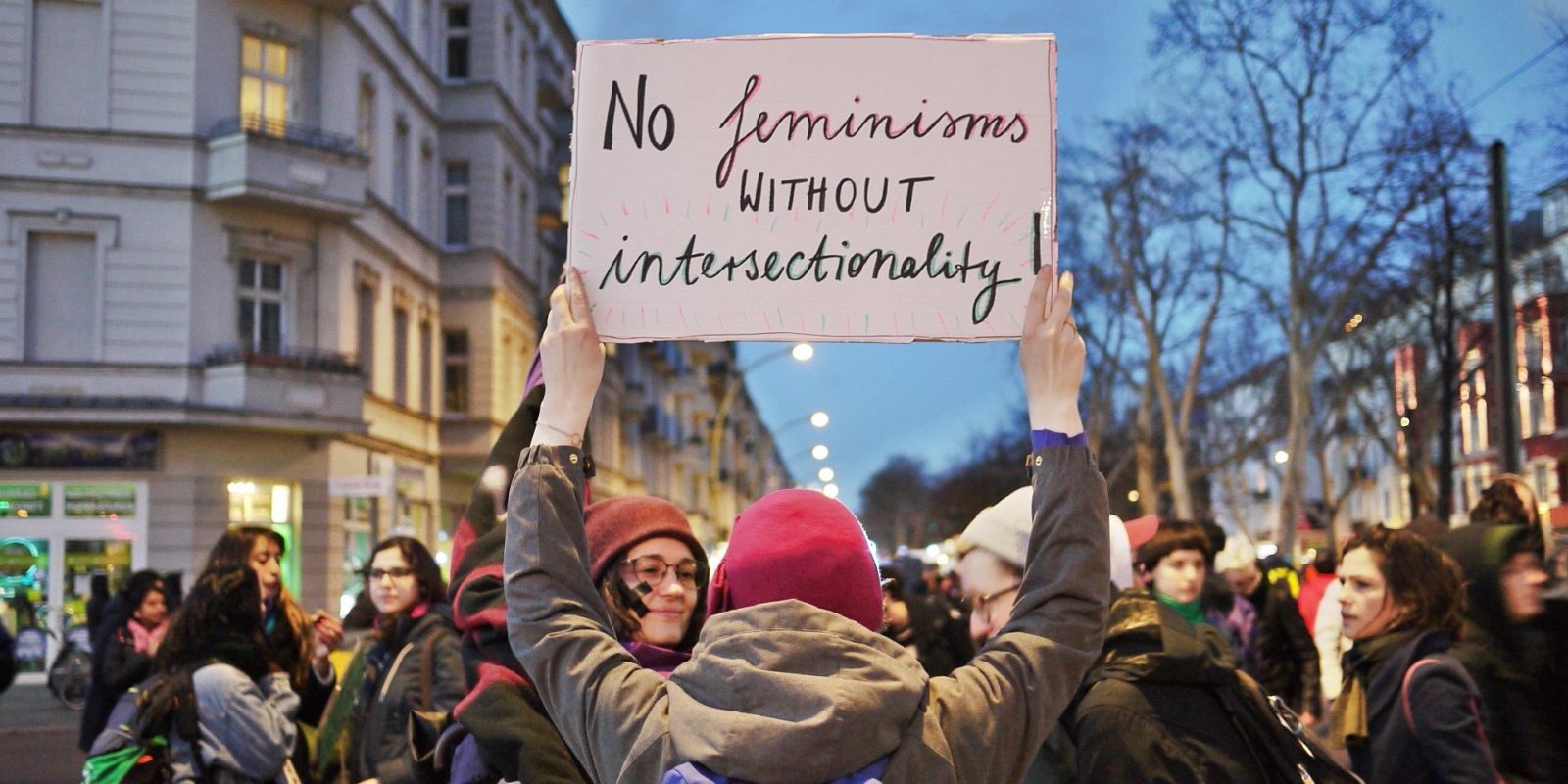 Political mobilization by migrant women under lockdown in Germany

ACTION • Political mobilization by migrant women under lockdown in Germany

Refugee women are often residing in different, isolated facilities, far from the cities’ infrastructures, lacking reliable public transport and other basic facilities such as internet connection or phone reception. International Women Space (IWS) fights this by actively mobilizing women inside the accommodations to form an overarching political movement.

Women who seek asylum in Germany are often arbitrarily allocated in camps, reception renters and so-called “Heims” (homes). Consequently, in Berlin and Brandenburg refugee women are residing in different, isolated facilities, far from the cities’ infrastructures, lacking reliable public transport and other basic facilities such as internet connection or phone reception. International Women Space (IWS) fights this by actively mobilizing women inside the accommodations to form an overarching political movement.

The isolated living space of refugee women in Germany has been increased due to the Covid-19 pandemic. Once new rules were implemented by the German government, many facilities were put under complete lockdown with no clear end in sight. This prevented residents from accessing any support and information outside the accommodation facilities, including access to wifi. Moreover, the lockdown obstructed the flow of information from the facilities to the public, being even more important as media outlets shifted their focus from immigration related topics to reporting on the pandemic.

The goal is now to build political groups for women inside the different accommodations. The continuous movement of people through the asylum system creates a demand for constant active mobilization inside the accommodations. Women are often transferred, making it difficult to share their acquired political knowledge with new arrivals; knowledge that is built on a daily basis through one-on-one conversations, open meetings, sharing resources and spreading flyers and information. The women groups, formed in each place of residency, meet a few times a month, depending on their capacity and needs. Central meetings are organized with the representatives of each group in the office of IWS. In the case of lockdown, the meetings will take place online.

The International Women Space is a feminist, anti-racist political group in Berlin, with migrant and refugee women and non-migrant women as members. The organization fights patriarchy and documents everyday violence, racism, sexism and all kinds of discrimination. The organization was formed in December 2012, during the Refugee Movement’s occupation of a former school in Berlin-Kreuzberg. There, a women’s space was created that remained open until 2014. After their eviction, IWS continued working with new members joining them, and officially registered as an association in 2017.

Women’s resistance is often oppressed, and women’s history is hidden or ignored. IWS takes on the responsibility to counteract this by documenting, making visible, and publishing women’s stories in their own words. By organizing politically their defend themselves against issues and attacks that women are facing on a daily basis as refugee, migrant, and non-migrant women—sexism, racism, the violence of the asylum system and migration polities influence their lives. As a group, they stand in solidarity with each other and provide as well support on a day-to-day basis.